Free Games with Gold for June 2018

2D platforming, racing, and online battles for grabs next month

Microsoft has announced the Xbox Games with Gold lineup for June 2018.

From June 1 to June 30 on Xbox One, members can download Assassin’s Creed Chronicles: Russia. Chronicles brings the franchise to 2.5D, and follows the aftermath of the Red October revolution. Then from June 16 to July 15 on Xbox One, members can get Smite Gold Bundle. Choose from over 90 gods and mythological icons, including Thor, Loki, and Cerberus and wage war in online battles. Exclusive to Gold members, the Smite Gold Bundle offers over $100 worth of free content, including 20 extra gods and over 50 bonus items such as skins, announcer packs, and more.

Available June 1 to June 15 on Xbox One and Xbox 360, subscribers can grab Sonic & All-Stars Racing Transformed. Join Sonic and over 20 Sega characters in this racing title. Transform your vehicles mid-race from car, boat, and plane as you try to win on land, sea, and air. Then, from June 16 to June 30 on Xbox One and Xbox 360, members can get LEGO Indiana Jones 2: The Adventure Continues. Relive the scenes from all four Indiana Jones movies. Build and battle your way out of trouble, create your own levels, and play two-player split-screen. 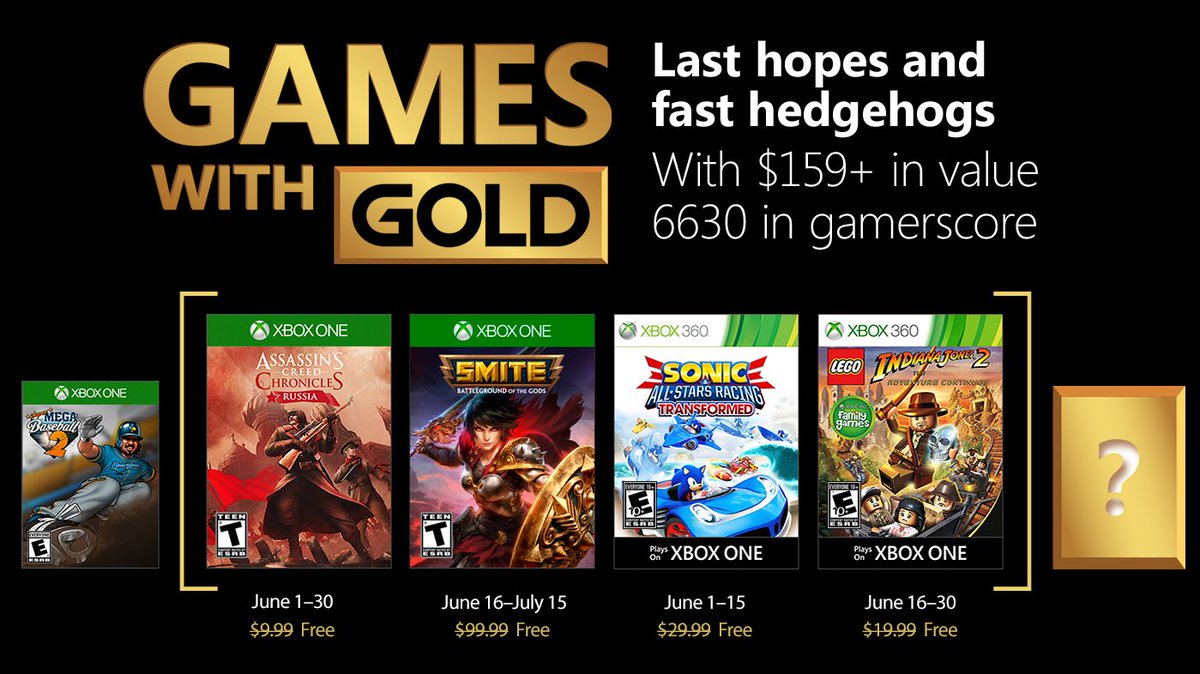 Need for Speed Shift 2 Unleashed
Online
There is currently 1 member and 191 guests on the website right now. Who's On?
Activity in the past 10 minutes:

Best News this Month
Free Games with Gold for May 2020
Adventures, sports, and more free next month

Free Games with Gold for June 2020
Platforming, shooting, and adventure on offer next month
8 mins ago
Minecraft now at over 200 million copies sold
Franchise continues to grow, 126 million players active monthly
7 days ago