Stealth, combat, and over the top action on offer

Microsoft has announced the Xbox Games with Gold lineup for May 2018.

From May 1 to 31 on Xbox One, subscribers can download Super Mega Baseball 2. The sports title promises new visuals, deep team and league customization, and online multiplayer modes. Then from May 16 to June 15, fans can download Metal Gear Solid V: The Phantom Pain. Experience tactical freedom to carry out open-world missions, and discover your own unique way to achieve victory.

On Xbox 360 (and Xbox One), fans can grab Sega Vintage Collection: Streets of Rage from May 1 to May 15. Players join Axel, Blaze, and company as they battle the evil Mr. X across all three Streets of Rage games. Originally released for the Sega Genesis, the classic brawler series has now been updated for release on Xbox Live Arcade. Later, from May 16 to May 31, subscribers can download Vanquish, a sci-fi shooter that sees players take the role of Sam, a government agent kitted out with a futuristic battle suit. 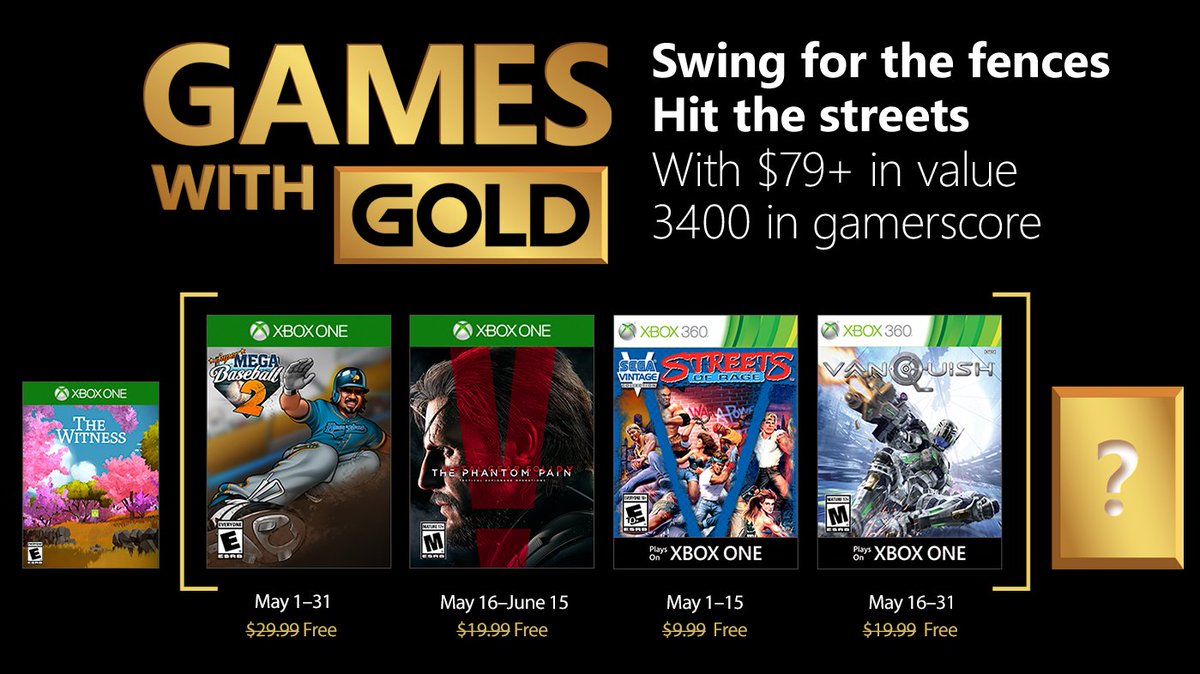 FIFA 10
Online
There are currently 0 members and 76 guests on the website right now. Who's On?
Activity in the past 10 minutes:

News of the Quarter
Free Games with Gold for May 2020
Adventures, sports, and more free next month