Free Games with Gold for April 2018

Microsoft has announced the Xbox Games with Gold lineup for April 2018.

Available April 1 to April 30, 2018, Xbox One subscribers can grab a free copy of Assassin’s Creed Syndicate, a single player experience set in London during the height of the Industrial Revolution. Players will embody both Jacob Frye and Evie Frye, twin assassins raised to follow the Creed. Then, from April 16 to May 15, 2018 the second free Xbox One title is The Witness, letting you explore an abandoned island and solve the puzzles you find there.

Available April 1 to April 15, 2018 on Xbox 360 and Xbox One via backwards compatability is Cars 2: The Video Game. Play as Mater, Lightning McQueen, or other characters as you take on dangerous missions, challenges, and race against friends in this adventure inspired by the film. Later, from April 16 to April 30, 2018, subscribers can download Dead Space 2, a third-person horror survival game in which players must battle an alien infestation straight out of a nightmare. 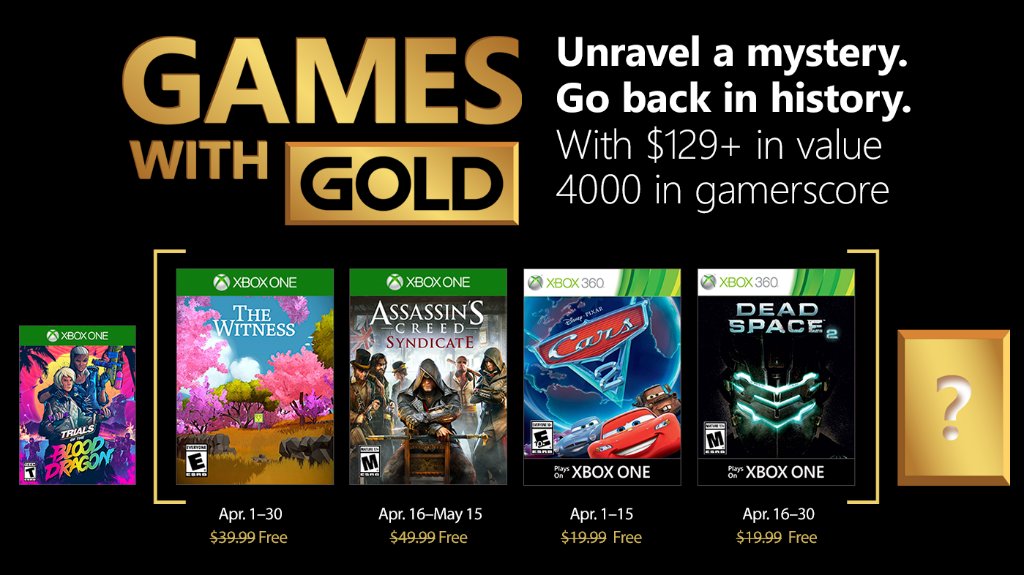 Dead Island: Riptide
Online
There are currently 0 members and 162 guests on the website right now. Who's On?
Activity in the past 10 minutes:

Best News this Month
Free Games with Gold for May 2020
Adventures, sports, and more free next month