In Algo Bot, players control the movements of a robot, using basic programming skills to solve puzzles. Set aboard the pan-galactic colonization ship Europa, over 46 levels, players must devise algorithms to control Algo Bot’s path, borrowing concepts from the programming world - including variables and subroutines.

Algo Bot is available on PC via Steam. 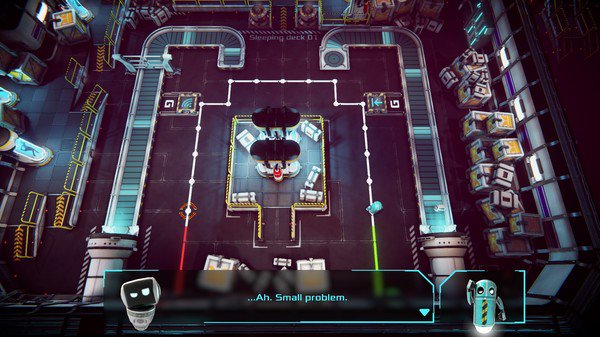