Free Games with Gold for January 2018

Start the year off with action, adventure, RPG and shooter games

Microsoft has announced the Xbox Games with Gold lineup for January 2018.

Available January 1 to 31 on Xbox One, Van Helsing III lets players wield monster slaying weapons, prepare deadly tricks, and hunt down the most dangerous creature who has ever lived, and this time it's personal. Then, from January 16 to February 15 on Xbox One, subscribers can download Zombi. Survive in the streets of London, surrounded by the infected among the roads and underground canals. If you happen to fall victim to these mindless enemies, you’ll lose all your possessions. Start again as a different survivor and you can fight your way back to recover your stash. 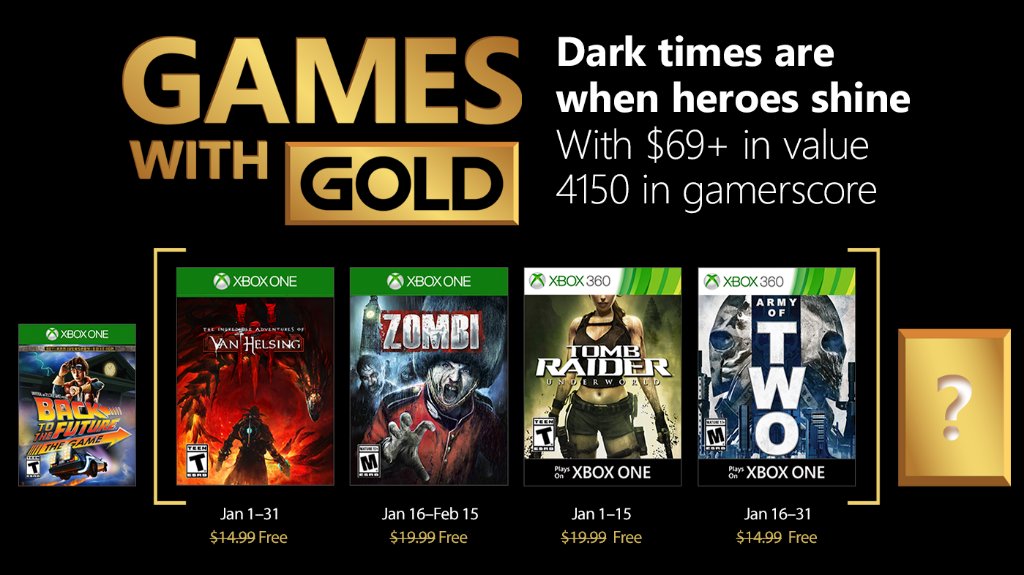 Need for Speed Shift 2 Unleashed
Online
There are currently 0 members and 101 guests on the website right now. Who's On?
Activity in the past 10 minutes: