Activision has announced the details of Winter Siege, the first seasonal community event for Call of Duty: WWII.

Running Friday, December 8, 2017, through Tuesday, January 2, 2018, Winter Siege delivers adds free content and acitvities to all players for a limited time. During the Winter Siege event, all players will have access to Winter Carentan, a snow-covered winter themed version of the fan-favorite Carentan map, previously only available as reimagined Carentan to Season Pass owners.

The Winter Siege event also marks the limited-time return of Gun Game. This mode makes its Call of Duty: WWII debut during the second week of the event as part of a schedule of special 2XP playlists. The event also winterizes Headquarters, with the beach encampment taking on a seasonally appropriate appearance for the span of the event, and welcoming an all-new Quartermaster, Captain Butcher. Captain Butcher visits Headquarters bearing Winter Siege Division uniforms, cosmetic items and weapon variants. Players can earn a variant of each new weapon for free via Special Orders from Major Howard.

Call of Duty: WWII is available for PlayStation 4, Xbox One, and PC. 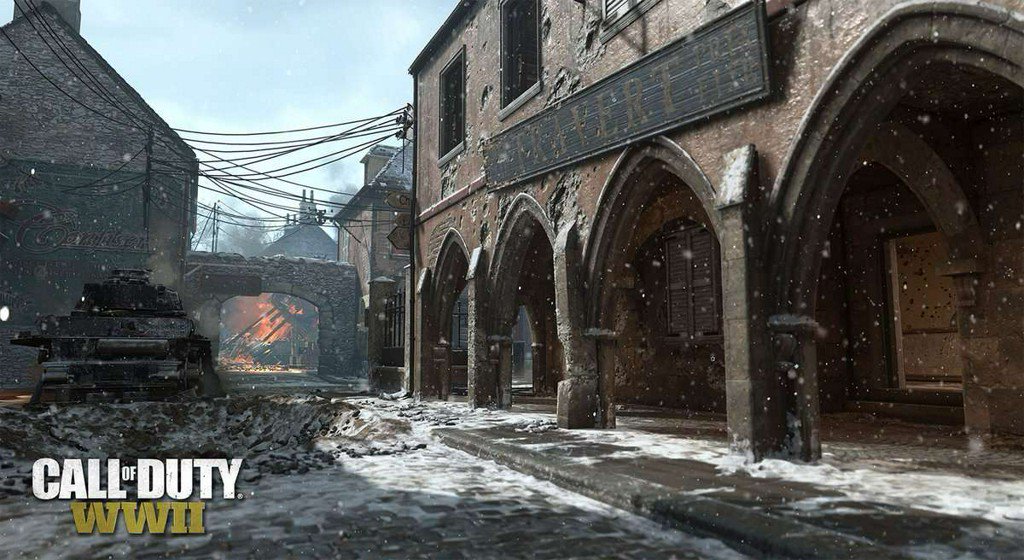