The spinoff multiplayer action game is coming in early 2018

Konami has announced that Metal Gear Survive is going to be released February 20, 2018 in North America.

Fans that pre-order will get the Survival Pack DLC, which includes 4 Gold-plated weapons, 4 Metallic survival scarves, 2 Gestures, Mother Base Nameplate, an accessory and a face paint.

Metal Gear Survive is a co-op stealth game that takes a divergent look at familiar themes and pursues a fresh spirit of exploration in unique gameplay mechanics. Players find themselves on distorted desert landscapes full of massive half-formed structures, living biological threats, and the remains of a once strong military force now litter the landscape.

Metal Gear Survive will be released for PC, Xbox One and PS4, priced at $40. 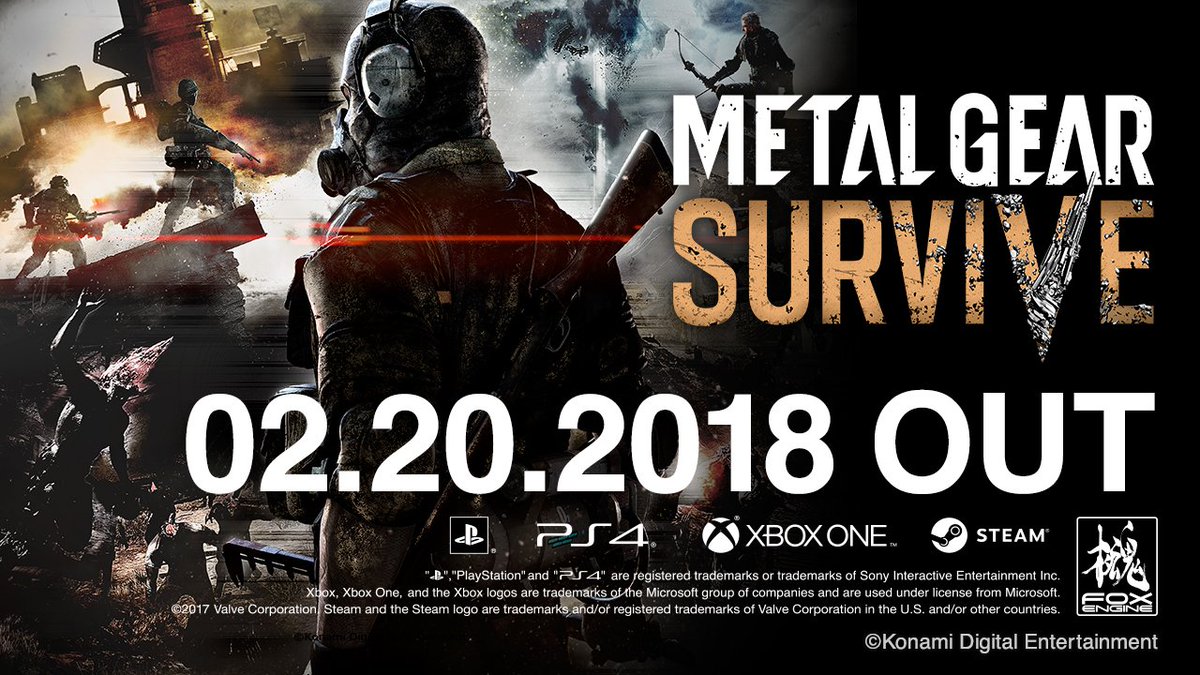