Carentan is a small map that takes place through the destroyed buildings and streets of a French town in a battle for a German stronghold. Any players who own the season pass will gain access to the map, which will be available at launch.

The season pass for Call of Duty: WWII will supposedly contain four DLC packs released during 2018 that include multiplayer maps, Nazi Zombies chapters, and new War missions. However the Season Pass may not include all downloadable content for the game and is subject to change.

Call of Duty: WWII releases on PlayStation 4, Xbox One, and PC on November 3rd 2017. 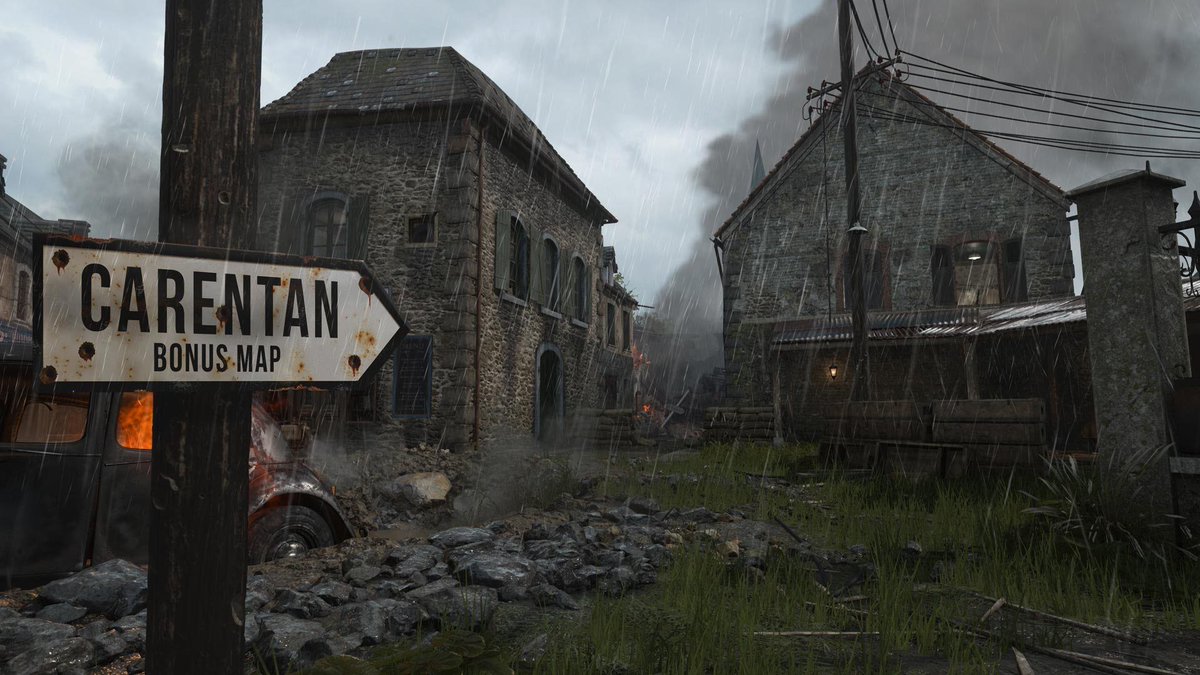