The second DLC pack for Battlefield 1, In the Name of the Tsar, is coming to Premium members on the 5th of September 2017. It will be available as a standalone purchase two weeks later.

The Russian themed DLC brings two new armies to the battlefield, the Bolsheviks in red and the Imperial Army in white. It also contains six new maps: Lupkow Pass, Albion, Galicia, Brusilov Keep, and Tsaritsyn. One of the maps, Lupkow Pass, has already been released to current Premium members. All the maps feature snow-covered landscapes.

The DLC will also mark the first time the series has had a female soldier, represented by the Women’s Battalion of Death as the Scout class. Also included in the expansion are 11 new weapons, new vehicles, new cavalry type, new operations, and a new game mode called Supply Drop.

In the Name of the Tsar DLC follows on from They Shall Not Pass DLC that was released in March this year. A third expansion pack is due late this year followed by the final expansion early next year. Battlefield 1 was released back in October 2016 for PC, Xbox One and PS4. 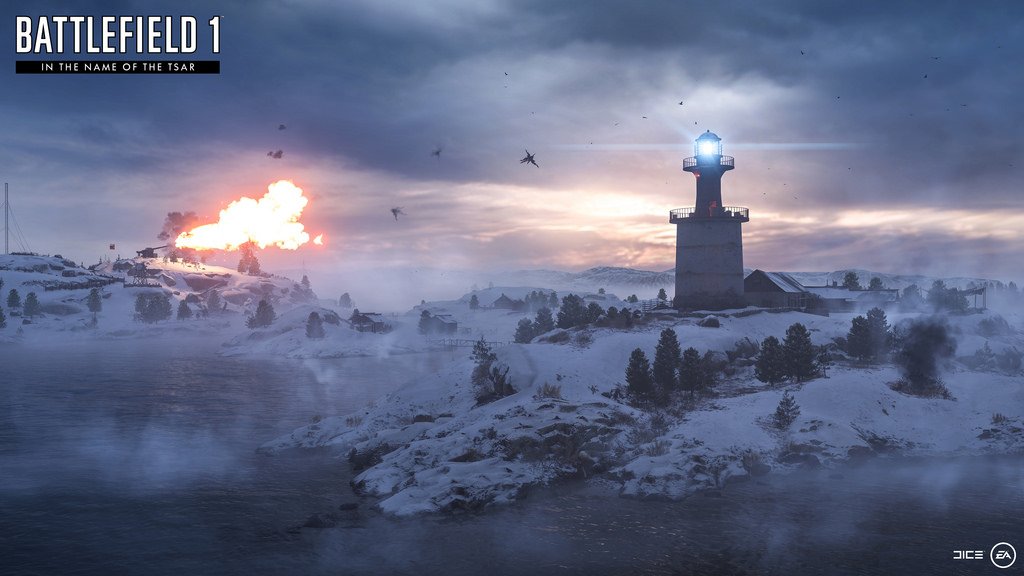 Our Review of Battlefield 1
87%
Great
The Verdict:
"Confronting action on beautiful and varied online battlegrounds"
Game Ranking
Battlefield 1 is ranked #89 out of 1668 total reviewed games. It is ranked #4 out of 138 games reviewed in 2016.
88. Undertale
PC
89. Battlefield 1