Bungie and Activision have announced that the Destiny 2 open beta will run starting July 21st.

Players across the world can take part in the console open beta from July 21 through July 23. The Destiny 2 beta will feature a variety of activities including the opening story mission, Homecoming, and two cooperative and competitive modes, and three-player cooperative Inverted Spire Strike.

Destiny 2 will be released September 6th on Xbox One and PS4, with PC to follow in October. 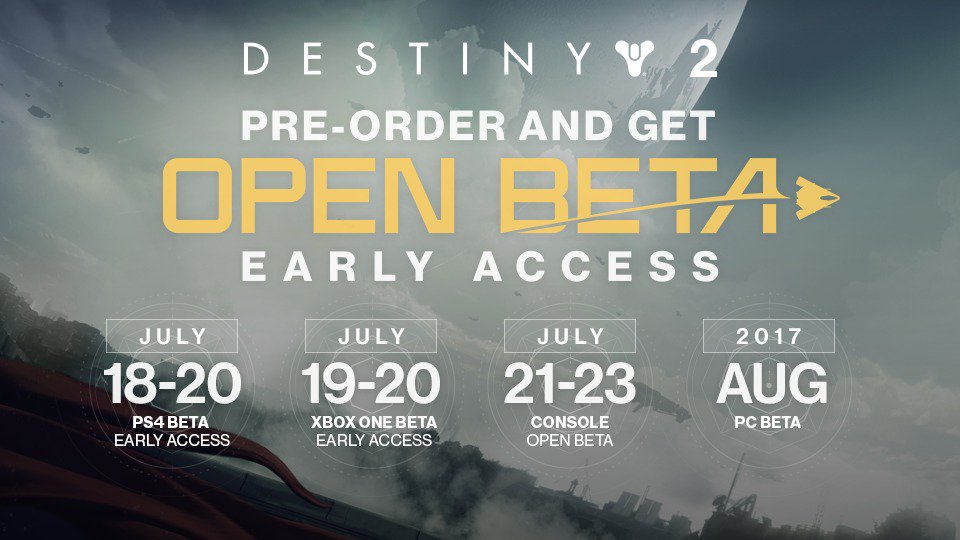 Online
There is currently 1 member and 93 guests on the website right now. Who's On?
Activity in the past 10 minutes: