Free Games with Gold for July 2017

Relax this summer with free platforming, gritty shooting, and some LEGO

Microsoft has announced the Xbox Games with Gold lineup for July 2017.

Available July 1 - 30 for subscribers on Xbox One is Grow Up. As B.U.D., along with your friend P.O.D., you’ll traverse this open world and recover parts of your ship. Fly, climb, bounce, roll and complete challenges along the way in this adventure. Then, from July 16 - Aug 15 members on Xbox One can grab Runbow, a fast-paced party action game with a color mechanic. Up to nine players can race against each other locally or online as platforms and obstacles appear and disappear when the colored background changes.

Xbox 360 members (and those on Xbox One thanks to backwards compatibility) can download Kane & Lynch 2 from July 1 - 15. This is a brutal crime shooter designed to take players on an intense story experience, following two of gaming’s most disturbed criminals, through the gritty Shanghai underworld. The second free game on Xbox 360, available July 16 - 30, is LEGO Pirates of the Caribbean. Play as characters from the classic film series, each with their own personalities and abilities, and join your friends in co-op play. 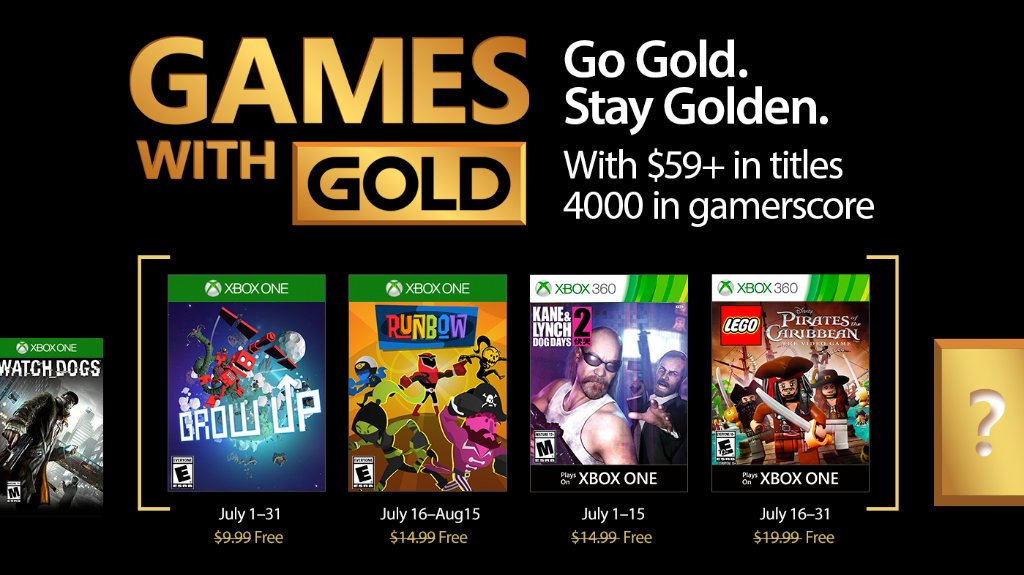 Gyromancer
Online
There are currently 0 members and 132 guests on the website right now. Who's On?
Activity in the past 10 minutes: