BF1 In the Name of the Tsar expansion details

The next DLC pack is coming this Fall, brings new army, maps, and more

EA and DICE have announced new details about Battlefield 1: In the Name of the Tsar, the upcoming second major expansion for the World War shooter, set to release in September.

The new expansion will feature the addition of the Russian army, as well as six new maps with plenty of snow. Expand your arsenal with 11 new, Russian-themed weapons including the Mosin-Nagant M91, together with new melee weapons, and the Russian Standard 1912 grenade. Pilot the Ilya-Muromets Heavy Bomber, wield the amped-up firepower of the Putilov-Garford Heavy Armored Car, and spawn strategically on the Y-Lighter Landing Craft. You’ll also be able to defend your positions with a new stationary weapon: the coastal gun batteries.

In Battlefield 1 In the Name of the Tsar, you can also ride with the legendary Hussar cavalry and charge into battle with new tactical possibilities.

In the Name of the Tsar also has a new game mode called Supply Drop, where you’ll join a fast-paced fight for supplies on the Eastern Front as planes airdrop everything needed to outgun and outscore your opponents. There are also new Operations including Brusilov Offensive.

The third expansion pack, Turning Tides, will be released in December 2017, followed by Apocalypse in early 2018. 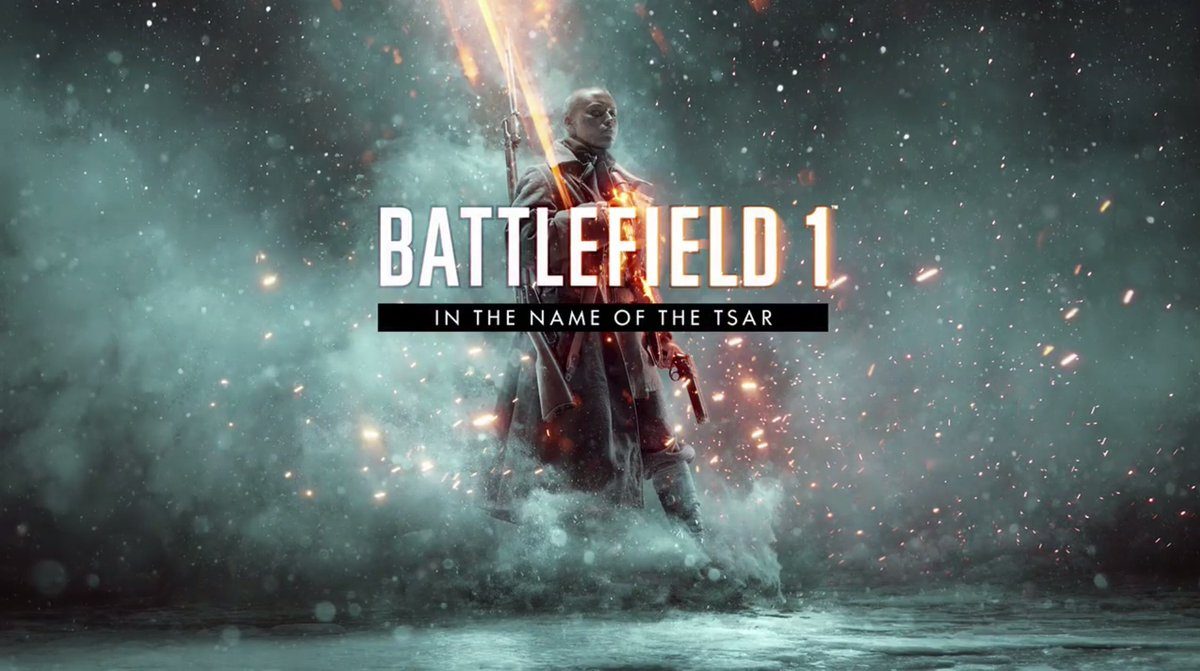 Our Review of Battlefield 1
87%
Great
The Verdict:
"Confronting action on beautiful and varied online battlegrounds"
Game Ranking
Battlefield 1 is ranked #89 out of 1669 total reviewed games. It is ranked #4 out of 138 games reviewed in 2016.
88. Undertale
PC
89. Battlefield 1