Developer Respawn Entertainment have announced that Monarch’s Reigns DLC for Titanfall 2 will be available on May 30th.

The DLC will include a new Titan: Monarch. Monarch is a mid-range Vanguard-class Titan that can upgrade itself on the battlefield through her unique Upgrade Core. Upgrade Core allows her to improve her combat abilities during a battle, based on options set by her Pilot. Monarch also has an ability to draw power from enemy Titans to recharge her own shields, or the shields of her friendly Titans.

The DLC also contains a new map: Relic. Set among the old wreck of the IMC carrier IMS Odyssey, Relic is a worksite where Pilots have created clever wall running routes by hanging pieces of the wreckage between buildings. The map consists of the wreck of the Odyssey in the center of the map that splits the two town areas.

The existing Crashsite map will also be updated, fixing around 100 instances of getting bumped, stuck or tripped up. During the clean-up, more mobility options were also added, with 8 ziplines to get around the map faster and a few more wallrunning locations.

Titanfall 2 was released on PC, Xbox One and PS4 last year. 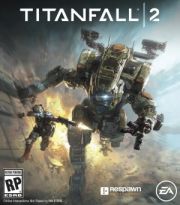