The franchise returns as a Nintendo Switch launch exclusive

The premise of the Nintendo Switch edition remains faithful to its origins, while also adding new elements including the ability to customize the central heroes. Super Bomberman R also features a special in-game store where players can use free ‘Gems’ acquired during the game to add a variety of fun accessories, including: shells, lanterns and hats; new characters with unique bombs; and new levels featuring additional hazards such as trampolines and moving floors to the main game.

Day one patch will also be available at launch, which will include new updates and features such as Online Battle Mode, option to lock camera view during battle, and the ability to use eight Joy-Cons in local multiplayer.

Super Bomberman R sees players guide their Bomberman around a maze-like play area using timed bombs to open walkways and take out players or CPU-controlled adversaries within a timed session. Useful items can be found within the destructible areas of each maze, so removing a wall will often reveal a power-up to extend the range of the explosion or endow the user’s Bomberman with a useful skill.

In addition to competitive ‘Battle’ mode where up to eight players compete locally or online in a ‘last man standing’ fight, there is also a ‘Story’ mode spanning five worlds and 50 stages where one or two players work cooperatively to clear stages.

Super Bomberman R is available exclusively on the Nintendo Switch. 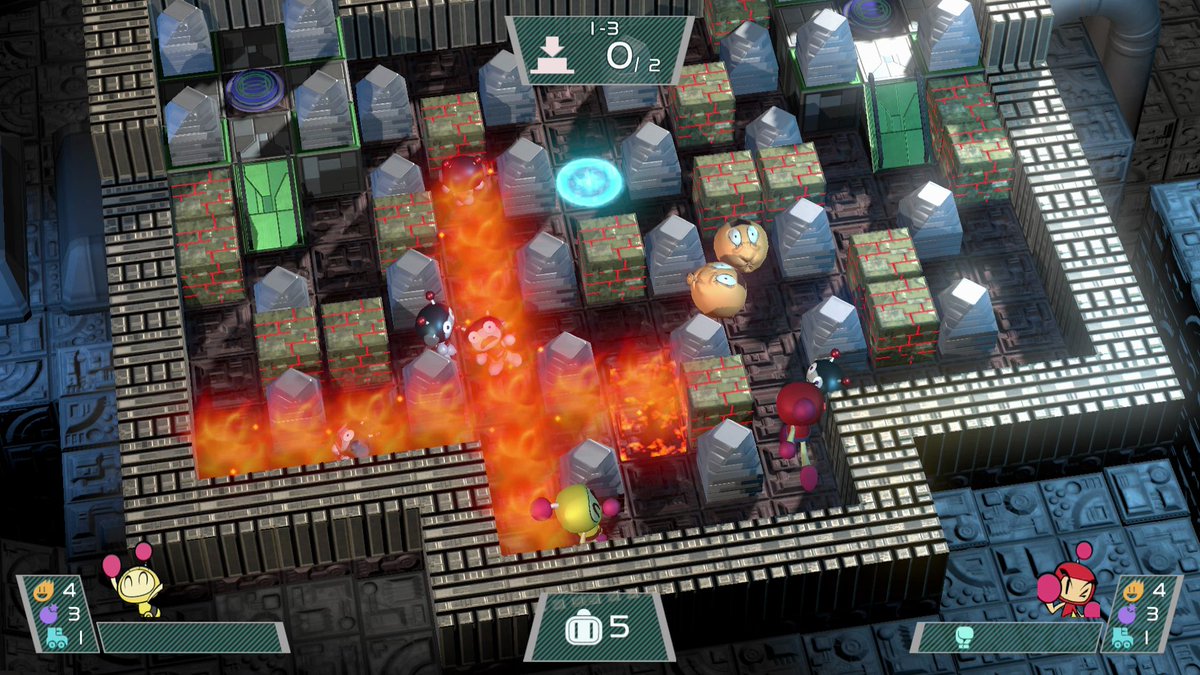