New Game Network Ltd is proud to announce that they have been accepted as a Games Publication on the popular review aggregator Metacritic (http://www.metacritic.com/).

"Seeing our content appear on Metacritic is both exciting and humbling. Being accepted into what most consider to be the top review aggregator has been a goal for everyone at our publication for a very long time. To finally reach this goal, we are more motivated than ever to continue our high quality, in-depth video game coverage for years to come," said Alex V, Co-Founder and Executive Editor.

New Game Network is home to over 1000 review articles from a variety of seasoned critics. With this announcement, a selection of the most recent reviews from the publication are already listed on Metacritic, including those for Resident Evil 7, The Last Guardian, Final Fantasy XV, Yakuza 0 and Steep. New reviews will be added on an ongoing basis.

"Metacritic has long been the most important review aggregator in the video game business, and now it is great to see our reviews listed alongside the best in the industry. We hope to provide readers with trustworthy analysis of games well into the future," said Ben Thomas, Co-Founder and Web Architect.

New Game Network is already featured across a number of other high profile content aggregators, including OpenCritic, GameRankings, Google News, NewsNow, and more. The addition of NGN content to Metacritic marks yet another major step towards further establishing New Game Network as a leading online publication in the video game journalism industry.

New Game Network launched eight years ago and has gone through a continuous series of changes and improvements, both in technical areas and content, all aimed at new and even better experiences for readers over the years. In 2017, the website continues to evolve and innovate while offering high quality content, alongside the renowned event coverage from major gatherings such as E3, PAX, game launches, and more.

About New Game Network
New Game Network (NGN) is a popular Canadian online publication that focuses on video game reviews, news, and articles dedicated to the Xbox One, PlayStation 4, Windows PC, and Nintendo Switch platforms. The website first opened in January 2009 and has gained new members, readers, and fans ever since. New Game Network is independently owned and operated.

About Metacritic
Metacritic's mission is to help consumers make an informed decision about how to spend their time and money on entertainment. We believe that multiple opinions are better than one, user voices can be as important as critics, and opinions must be scored to be easy to use. 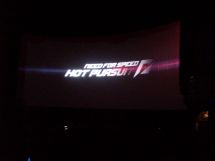