First details revealed for BF1 DLC They Shall Not Pass

EA have released the first information for the upcoming DLC for Battlefield 1—They Shall Not Pass. The DLC will bring the French army to the game across four new maps . The four maps, listed below, will be playable across two new operations.

Verdun Heights features an uphill battle amidst a raging forest fire as the German forces attempt to push towards the forts above.

Fort Vaux is a primarily indoor map with stone corridors. The French will try hold the fort from the German attackers.

Soisson is a massive tank battle around a French village, it promises to include a thunderstorm.

Rupture is set near the Aisne river where poppies grow over wrecks from previous tank battles.

The DLC will also introduce a new mode, called Frontlines, that has both sides fighting over one flag at a time. Once the enemy HQ is captured, the game transforms into the Rush mode where telegraphs need to be destroyed. It is unclear how many players this mode will have.

In addition to the new mode and maps, two new tanks are coming with the DLC. The French army will command both the Char 2C tank and the St Chamond assault tank gun. A Trench Raider Elite Class is also being added, equipped with a deadly club and grenades. Additional details will be provided on the DLC in the coming months. They Shall Not Pass is set to be released in March. 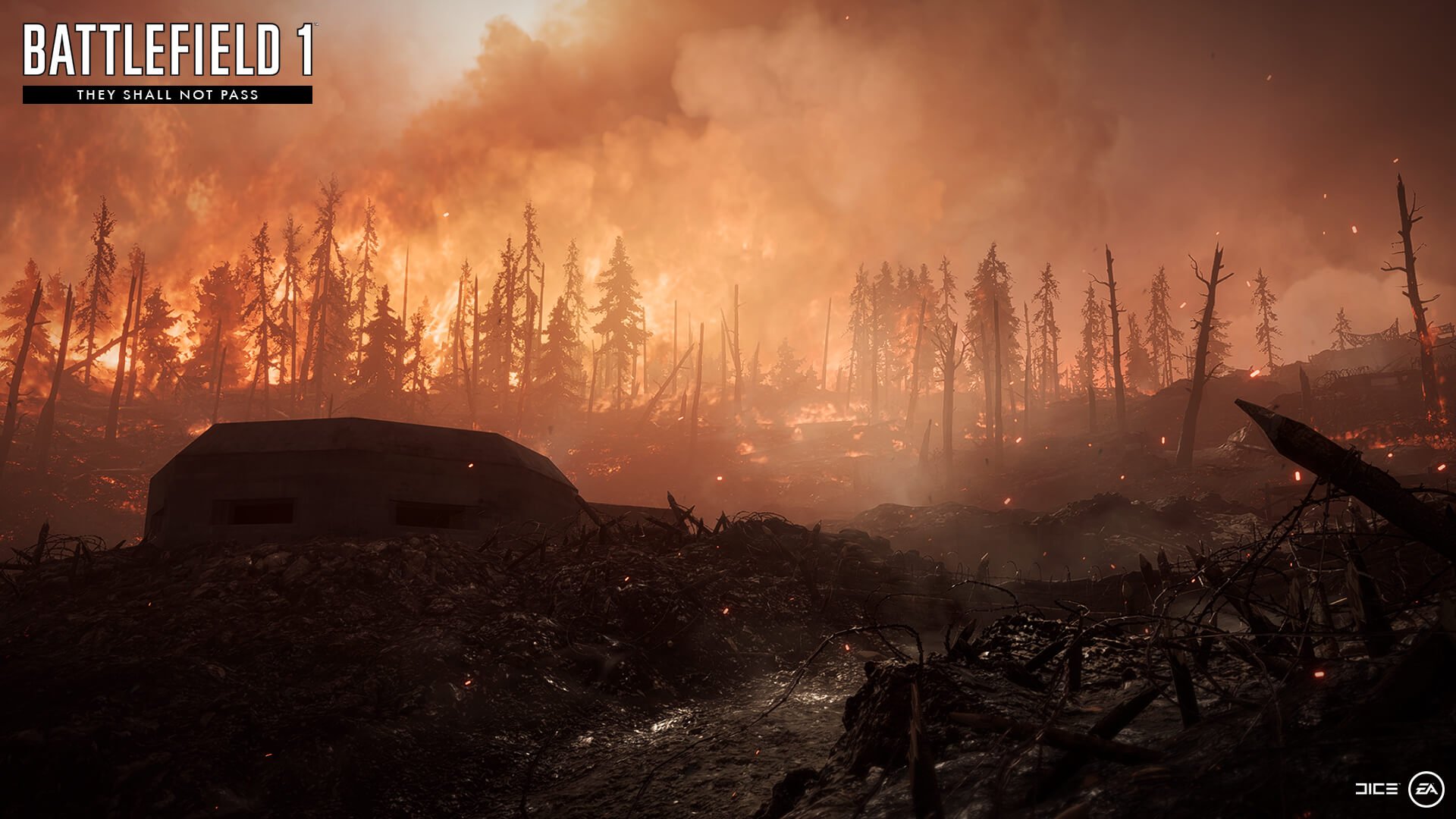