David Jaffe has announced new details about the upcoming shooter Drawn to Death.

Drawn to Death has been available in Limited Access for a while, and after reviewing feedback from the community, the development team has decided to launch Drawn to Death as a traditional paid title. With that, the team has outlined what will be included with the game at launch.

All six main characters will available to unlock at launch. That doesn’t mean that all of the characters will be unlocked immediately, but they’ll all be there, as part of the core game experience. This change gives access to a variety of content right from the start, and provides players the opportunity to discover the playstyle that works best for them.

Drawn To Death will also include with 7 levels, with various themes, and 26 weapons, some unlocked at the start, some that you must fight to earn.

Drawn to Death will launch exclusively on PS4 in 2017.

Drawn to Death shutting down next Spring
Drawn to Death out in April
Prev:
Football Manager 2017 out now
Next:
Survival expansion now available in The Division PTS on PC 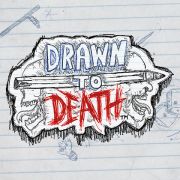