Activision has confirmed that Salvation, the fourth and final DLC pack for Call of Duty: Black Ops III, is out now for PC and Xbox One.

Salvation can be purchased for $15, or comes included in the DLC Season Pass. The DLC was first released on PS4 last month. 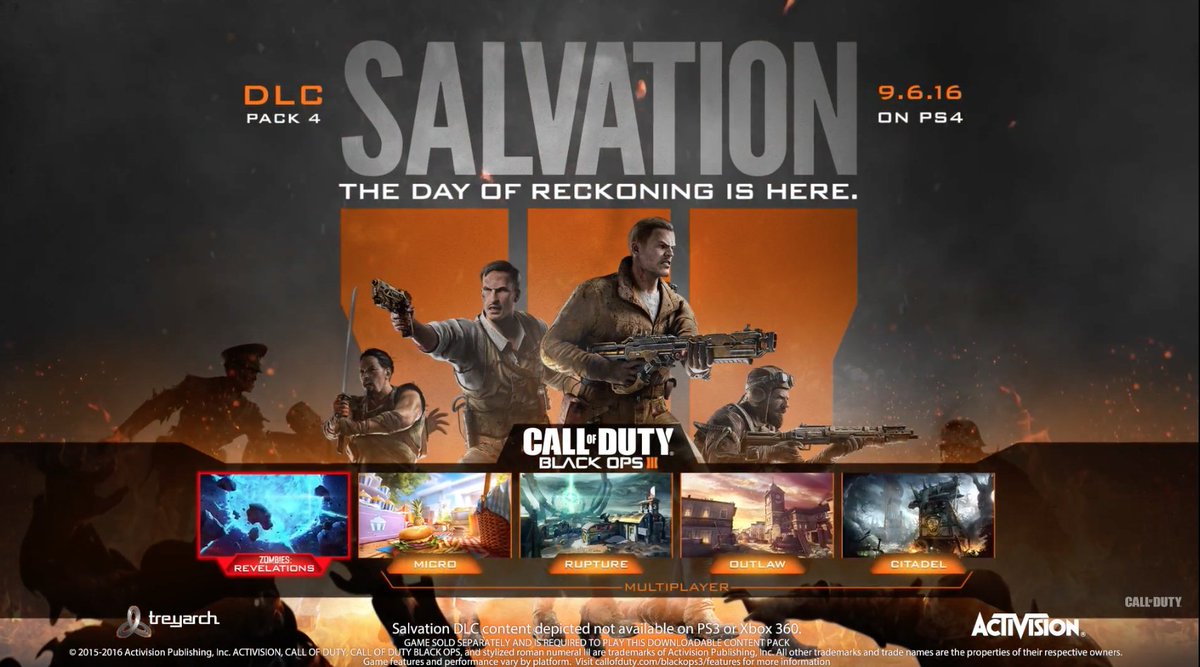