Activision's highly-anticipated racing title Blur will deliver a new level of social interaction to gamers later this month by allowing fans to challenge their friends and share achievements directly from inside the game through Facebook.
By seamlessly integrating an innovative “Share” button, Blur lets players choose to light up the competition in both single and multi-player modes by sending game challenges to friends and posting in-game photos, racing stats, unlockable items and much more on their Facebook pages.
“Blur’s innovative integration with Facebook makes it easy for players to interact with their real friends to share game play, emotions, and the racing experience,” said Dan Rose, Vice President of Partnerships and Platform Marketing, Facebook. “Blur is leading the next generation of console games integrating with Facebook to make gaming more social for our more than 400 million users.”
“Blur is the first multi-platform videogame that connects the television to Facebook, and for the first time, videogame audiences on the Xbox 360, PlayStation 3 and PC will be able to link their console gameplay to their network of friends,” said Robert Kotick, CEO, Activision Blizzard. “Facebook has become a fantastic platform for videogames and Blur elevates it even further.” 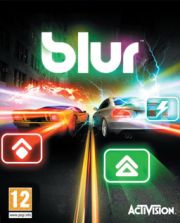 Our Review of Blur
78%
Good
The Verdict:
"A powerful combat arcade racer with smooth handling and a slick interface. Good balance of action but some issues hold it back."
Game Ranking
Blur is ranked #586 out of 1795 total reviewed games. It is ranked #54 out of 107 games reviewed in 2010.
585. Need for Speed Shift
PC
586. Blur