Warner Bros. Interactive Entertainment has announced that Mortal Kombat XL is also coming to PC, and will be available on October 4, 2016.

Originally developed by NetherRealm Studios, Mortal Kombat XL is adapted for PC by Qloc. Additionally on that day, current owners of Mortal Kombat X on PC will be able to download the latest patch for free, giving players access to all of the latest balance updates as well as the enhanced online experience, that was available in the recent beta test for the game.

The XL edition includes the main game and all content featured in upcoming Kombat Pack 2, as well as previously released downloadable content from the original Kombat Pack.

The XL edition was first released for Xbox One and PS4 back in March.

Online
There is currently 1 member and 158 guests on the website right now. Who's On?
Activity in the past 10 minutes: 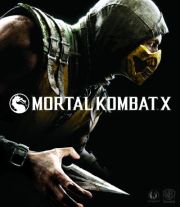 All videos for Mortal Kombat X (7)