FIFA 17 introduces two new ways to play FUT with Squad Building Challenges and FUT Champions. Squad Building Challenges tests your management skills on console or in the FUT 17 companion app, and earns in-game rewards by fulfilling squad requirements with players from your Club. Once the requirements are met, fans can exchange squads in each challenge to redeem rewards. FUT Champions is a new way to compete in daily knockout tournaments for in-game rewards and the chance to play in the Weekend League. Once fans make the Weekend League, they will compete to win matches and rank up for rewards. Each Weekend League performance counts, as combined wins help fans rank up the Monthly Leaderboard for the chance to earn the biggest in-game rewards in FUT.

Reaching the top spots on the Leaderboard could result in an opportunity to compete in the EA SPORTS Ultimate Team Championship Series – part of a new competitive gaming platform in FIFA 17 which gives eligible fans a chance to compete at the highest level and their share of a $1.3 million USD prize pool.

FIFA Ultimate Team Dynamic Live Service is a new feature that promises new content throughout the season, like fresh new kits and items, chances for big in-game rewards, and more. That starts just after launch with Ones to Watch – a new event in FUT 17 featuring some of this summer’s most notable transfers as season-long, dynamic items. Attributes of Ones to Watch player items increase if the real-world player is named to the Team of the Week, so FUT fans will want to find players who they expect to make an impact at their new club.

Career Mode meanwhile introduces the Financial System to reflect the structure of teams around the world by including your Club Worth, and a detailed breakdown of income and expenses. Fans are now expected to meet objectives of their board in Total Club Management, a system based on the team’s personality which sets expectations in five categories: Domestic Success, Continental Success, Brand Exposure, Financial, and Youth Development.

Finally, Pro Clubs introduces a new Player Growth System which promises a new way to develop your player by rewarding teamwork and co-operation based on your match rating. The mode also brings a new level of customization to fans’ Clubs with 24 kit and crest templates that fans can design into their own identity. 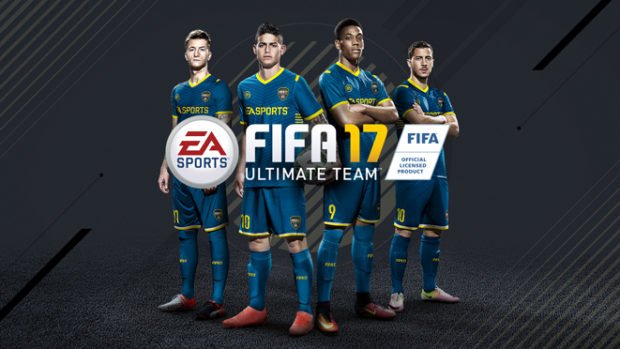