Zombies in Spaceland tells the story of four aspiring actors who come upon a mysterious movie theater for an audition. They’ve been invited by director Willard Wyler, portrayed with voice and likeness by Paul Reubens. Unbeknownst to the actors, they will be transformed into characters and transported straight into Wyler’s film to fight against waves of zombies in a space-themed amusement park set in the ‘80s.

Fans play as one of four ‘80s archetypes: the jock, the nerd, the valley girl and the rapper. The characters are voiced by a seasoned cast of comedic actors, including Seth Green (Robot Chicken, Austin Powers), Ike Barinholtz (Neighbors, Suicide Squad), Jay Pharoah (Saturday Night Live, Ride Along) and Sasheer Zamata (Saturday Night Live, Inside Amy Schumer). Additionally, players will encounter an enigmatic DJ in the theme park, portrayed with voice and likeness by David Hasselhoff.

Call of Duty: Infinite Warfare is scheduled for worldwide release on November 4th on PlayStation 4 system, Xbox One, and PC. 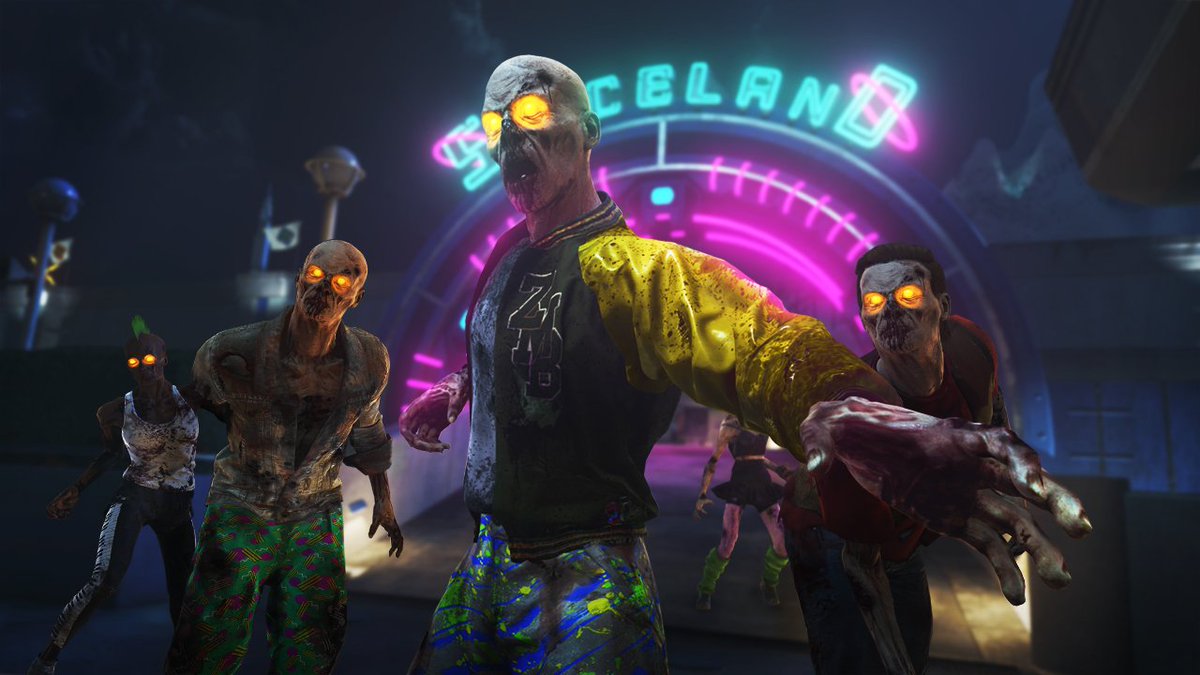 All videos for Call of Duty: Infinite Warfare (10)