Konami has announced it has achieved ‘Official Partner of Liverpool F.C.’ status.

The publisher of the PES series of football games will feature a fully licensed reproduction of the Liverpool F.C. squad, and will offer a series of elements centred on the Anfield-based club, in forthcoming PES titles and related mobile games – the first being PES 2017.

All related kits will be replicated within the game, while Anfield will also be authentically reproduced and made available to PES 2017 users within a forthcoming free update. The update will also see the introduction of all the players, the team’s ‘Gegenpressing’ playing style will be recreated, and Liverpool’s ‘You’ll Never Walk Alone’ anthem will also be featured within the in-game chants and pre-match build-up.

Liverpool F.C. was founded in 1892. They won the English league for the first time in 1901 and have secured it 18 times in total, as well as winning all major local honours multiple times, and lifting the European cup four times in its old format and in the UEFA Champions League in 2005. 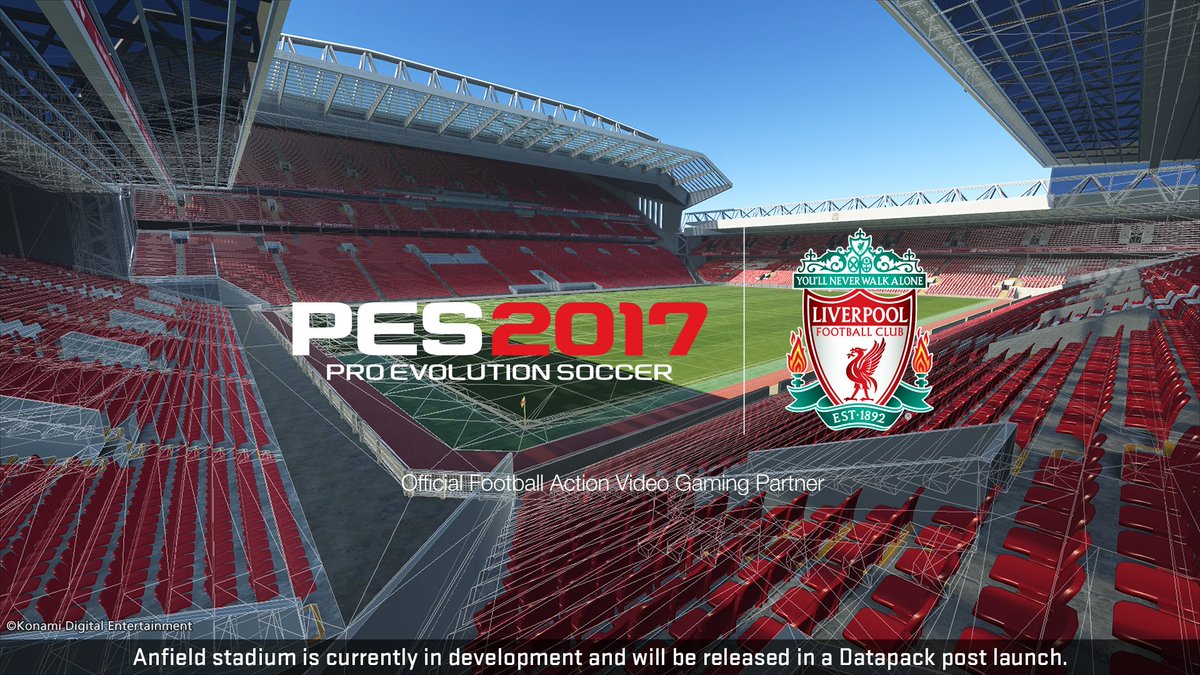