The third DLC pack for Call of Duty: Black Ops III out now for all platforms

Activision has announced that the Descent DLC is now available for Call of Duty: Black Ops 3 on Xbox One and PC.

Descent DLC features four new multiplayer maps that takes the action across the globe to unique settings. The maps include Empire, Berserk, Cryogen, and Rumble.

Descent also contains the next chapter of the Origins Zombies saga, with Gorod Krovi. Players face-off against a swarm of mechanised zombie infantry and dodge hell-fire from aerial dragon assaults, all in the middle of a raging battle within the remnants of Stalingrad.

Descent is now available at a discounted rate via the DLC Season Pass, or individually for $15. The DLC was released last month for PlayStation 4 as part of the timed exclusive agreement with Sony.

Call of Duty: Black Ops 3 was released last year on PS4, PC, and Xbox One. A version of the game is also available on PS3 and Xbox 360. 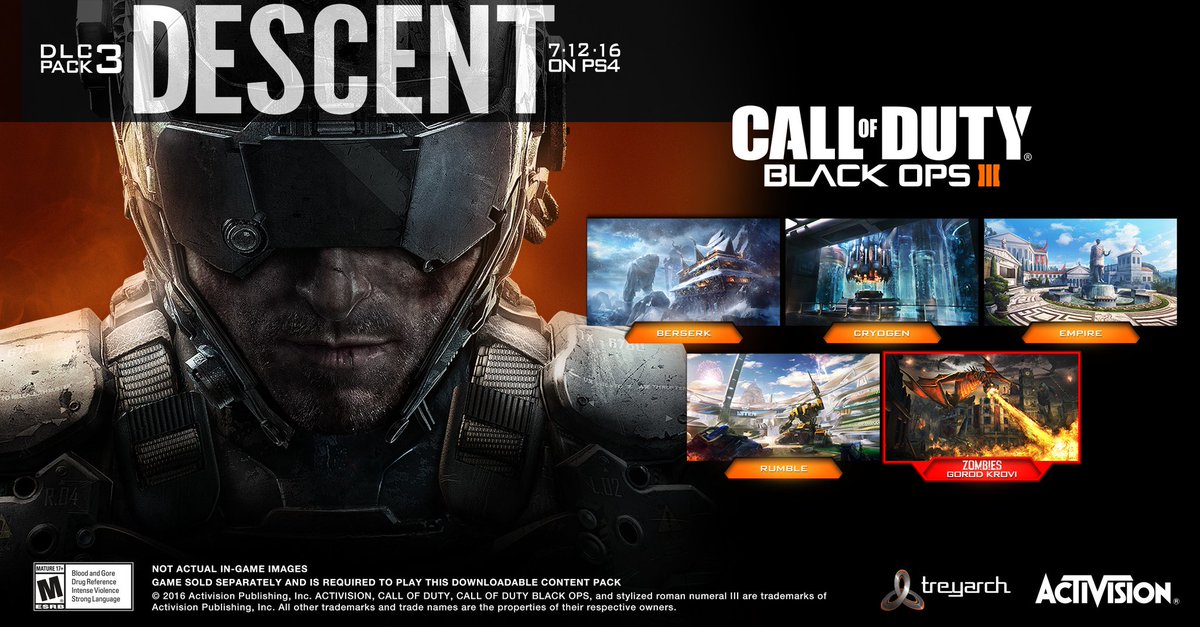