Next chapter of the extended season will release next week

Episode 7: 'Access Denied' will be available digitally worldwide starting Tuesday July 26th. This episode may be purchased digitally as part of the Adventure Pass for $14.99 USD or equivalent, which includes access to Episodes 6, 7, and 8 as they release. The episode will also be available individually for $4.99 USD or equivalent. Players need to own at least Episode 1 in the series, or the season pass disc, in order to purchase Episodes 6, 7, and 8.

In Episode 7, continuing their portal journey in search of home, Jesse and crew land in a world entirely controlled by PAMA - a sinister "thinking machine" determined to command everyone and everything in pursuit of optimal usefulness and efficiency. The game's cast gets another new addition for this episode, with Yvette Nicole Brown (Community) as Harper, PAMA's creator in hiding.

Minecraft: Story Mode - A Telltale Games Series is available on PC, Xbox 360, Xbox One, PS3, and PS4. A Wii U version of the first 5 episodes is also available. 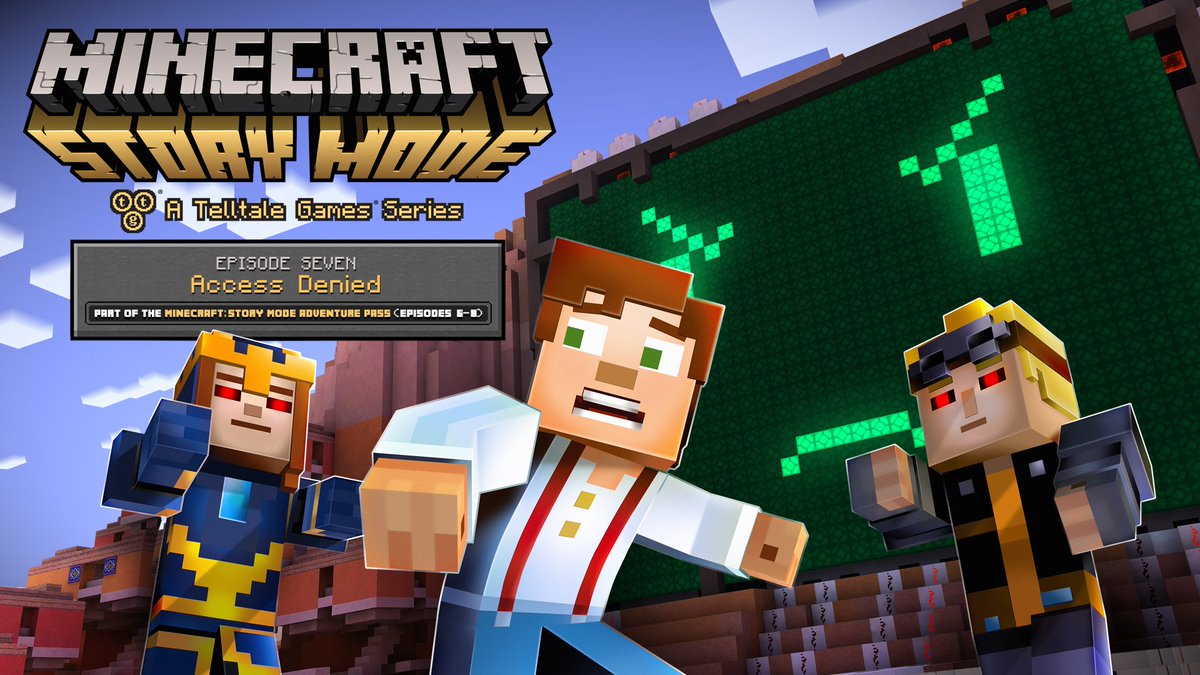