FIFA 17 will include the J1 League

Electronic Arts has announced that the Meiji Yasuda J1 League, Japan’s top football league will be added to FIFA 17.

The J1 League is one of the most watched leagues in Asia and has been one of the most requested league additions by fans. In addition to all 18 clubs featuring authentic logos, kits, and rosters, the new Suita City Football Stadium, home of Gamba Osaka, will be available in FIFA 17. Content from J1 League clubs will also feature in FIFA Ultimate Team and across other game modes.

Fans who pre-order FIFA 17 Super Deluxe Edition can get up to 40 FIFA Ultimate Team Jumbo Premium Gold Packs, Team of the Week loan players, and other FUT content. EA Access members on Xbox One and Origin Access members on PC can play the game early with Play First Trials.

FIFA 17 is developed by EA Vancouver and will be available in North America on September 27 and worldwide on September 29 on Origin for PC, Xbox One, and PS4. A version of the game will also be released for Xbox 360 and PS3. 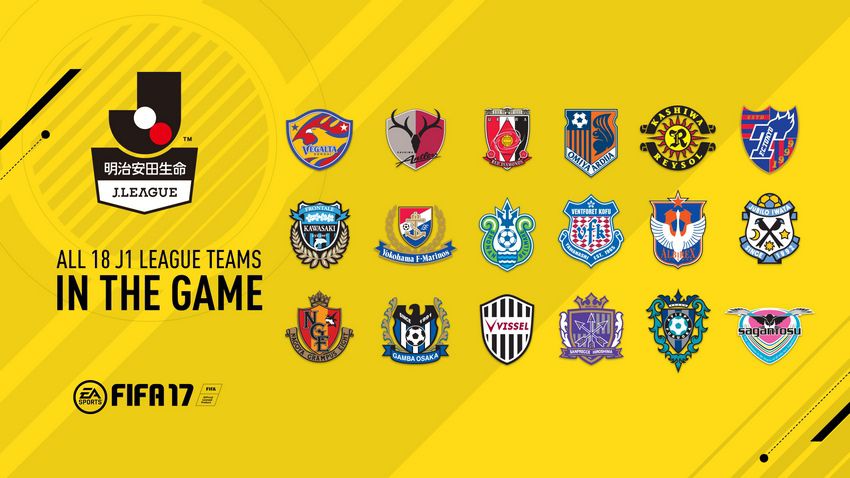