Minecraft has sold over 100 million copies

There is no stopping the success of the blocky building game

Mojang and Microsoft have announced that Minecraft has sold over 100 million copies.

That's 106,859,714 copies to date, to be exact. Every month there are an average of 40+ million unique Minecraft players across all platforms. Since the beginning of 2016, Minecraft has averaged over 53,000 copies sold every day.

Other stats include the average age is 29 years old and nearly 40% of players are female. People of all ages and genders enjoy Minecraft across 14 different platforms where the game is available.

There have even been four copies sold in Antarctica. 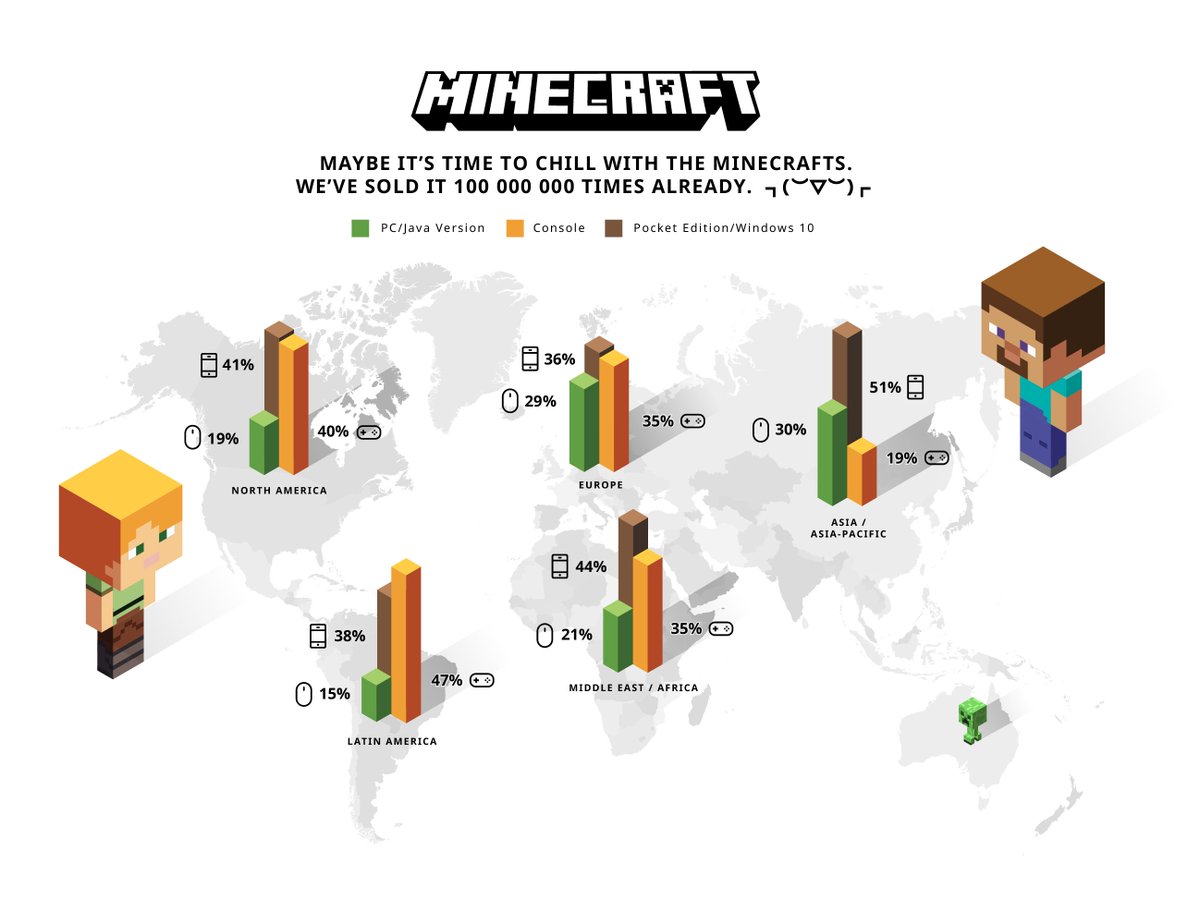