Upcoming shooter will take players back to World War 1

Battlefield 1 takes players across multiple and varied locations set against the backdrop of World War 1. The campaign will range from tight urban fights in a besieged French city, to big open spaces in the Italian Alps and frantic combats in the deserts of Arabia.

In 64-player online combat, take to the skies and engage in dogfights through treacherous landscapes, or have a battleship obliterating the coast from the sea, and engage in some of the biggest battles ever.

EA Access and Origin Access members can play Battlefield 1 for a limited time before launch with Play First Trials. Members also receive a 10% discount when they purchase a digital version of the game.

Battlefield 1 will launch on October 21st, 2016 Worldwide on Xbox One, Origin for PC and PlayStation 4. 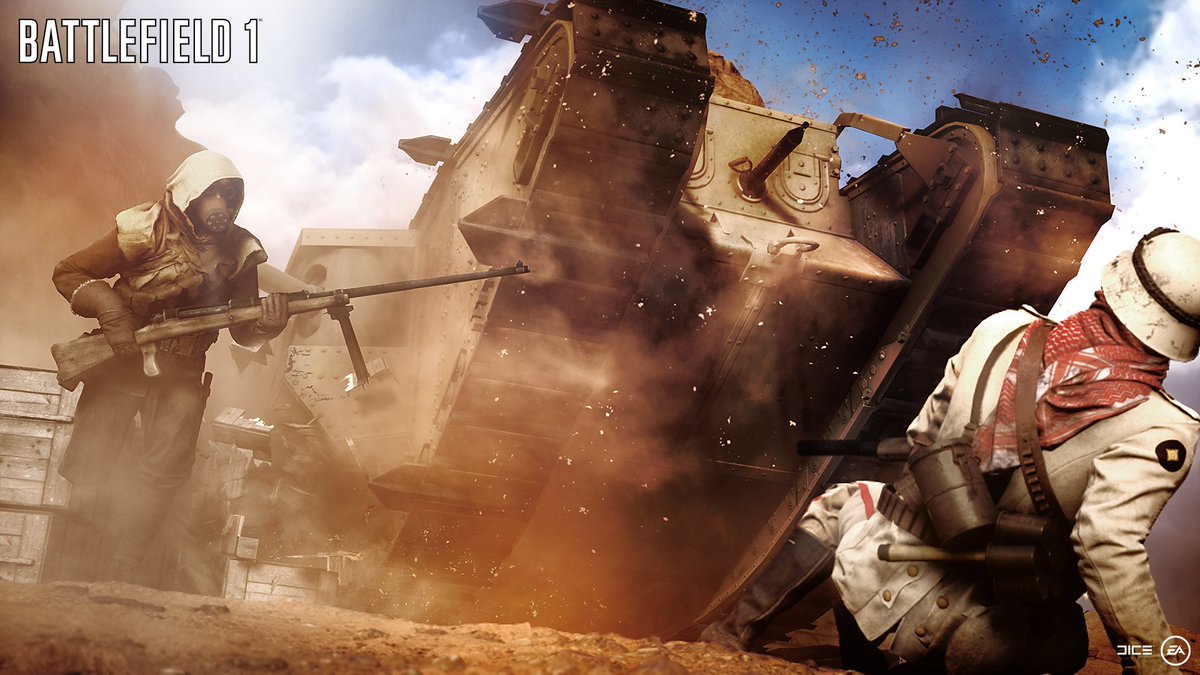 Our Review of Battlefield 1
87%
Great
The Verdict:
"Confronting action on beautiful and varied online battlegrounds"
Game Ranking
Battlefield 1 is ranked #89 out of 1665 total reviewed games. It is ranked #4 out of 138 games reviewed in 2016.
88. Undertale
PC
89. Battlefield 1