Kobe Bryant to appear as cover star of Legend Edition

2K today announced that NBA 2K will celebrate the renowned basketball legacy of the Los Angeles Lakers’ Kobe Bryant by featuring the 18-time NBA All-Star on the cover of the NBA 2K17 Legend Edition.

This special edition will highlight Bryant’s career with special Kobe-themed memorabilia and digital content extending his legacy for fans beyond his final NBA game tonight.

2K will debut the cover star for the standard edition of NBA 2K17 during the NBA 2K16 Road to the Finals $250,000 championship event this June. 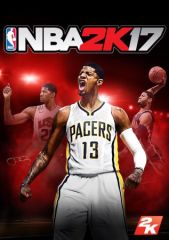