Publisher will once again give the public a chance to attend

As previously announced, the Bethesda Showcase 2016 event will take place on June 12 at 7pm PDT, the Sunday before E3 week. If you’re local, or can arrange your own travel to Los Angeles (and are 17 years of age or older), you can register here through Sunday, May 1, for a chance to attend.

The publisher will once again be streaming the entire event onlune, with the pre-show starting at 6:15 PDT. New this year will be BE3 Plus, kicking off at 8pm PDT. During Plus, attendees can try game demos, hosted interviews and a variety of food and drinks. And, for those in attendance, there will be a band taking the stage at 9pm PDT. 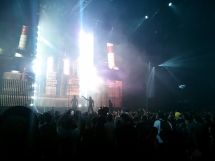