Open beta for shooter will also run later this month

The open beta will run from 15-18 April. This Open Beta will not require a code and players will simply be able to logon to the platform of their choice and download to access Team Deathmatch and Warpath on the Heatwave and Infernal maps.

On top of being able to access and play new modes and maps created by fellow gamers via SnapMap, id software plans to offer content updates for SnapMap, including map modules; props and objects; additional features and functionality; AI enhancements; editing tool enhancements and more. Multiplayer will also receive content updates in the form of new game modes. Both of these SnapMap and multiplayer updates will be free to use and play.

In addition to the planned free support and content updates, there will also be three premium multiplayer DLC packs after launch. The first DLC will be available this summer and contains 3 new maps, a new weapon, new playable demon, new armor set, new piece of equipment, new hack modules and taunts, and new customization items.

Doom is scheduled to release in May for PC, Xbox One, and PlayStation 4. 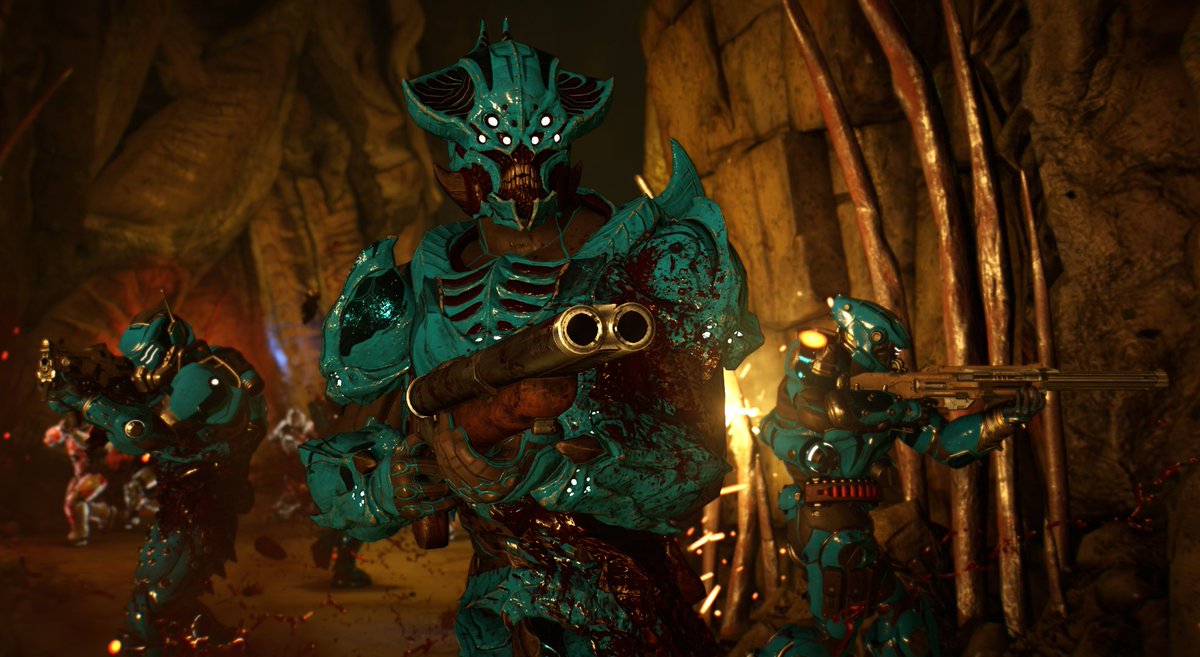 Online
There are currently 2 members and 214 guests on the website right now. Who's On?
Activity in the past 10 minutes: