Nintendo has announced that starting on March 11, some of the most popular Wii U and Nintendo 3DS games become a part of the Nintendo Selects program and will be available for $19.99 each.

Additionally, a group of classics from the Wii console that can be played on Wii U will be available at the reduced Nintendo Selects price. This includes Super Mario Galaxy 2, Animal Crossing: City Folk, Donkey Kong Country Returns and Super Mario All-Stars. 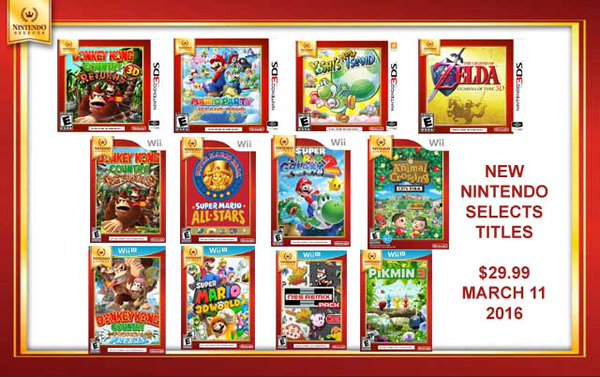 Hyrule Warriors
Online
There are currently 0 members and 123 guests on the website right now. Who's On?
Activity in the past 10 minutes: