DOOM releases in May

Bethesda Softworks has announced that DOOM will launch on May 13, 2016.

There will be a DOOM Collector’s Edition, which contains a 12-inch-tall statue of the fearsome Revenant made from high-quality PVC. The Revenant, which was modeled using actual in-game 3D files, stands sentry on a base-lit turbine that slowly rotates internally, casting a flickering glow.

Those who pre-order either the collector’s edition or the standard edition of DOOM will receive the Demon Multiplayer Pack, which includes exclusive multiplayer items like a demon armor set with three skin variations, six metallic paint colors and three id logo patterns for your weapons and armor, and a set of six Hack Modules – consumable items that will give you an edge in a multiplayer match.

DOOM will be available for PC, Xbox One, and PlayStation 4. 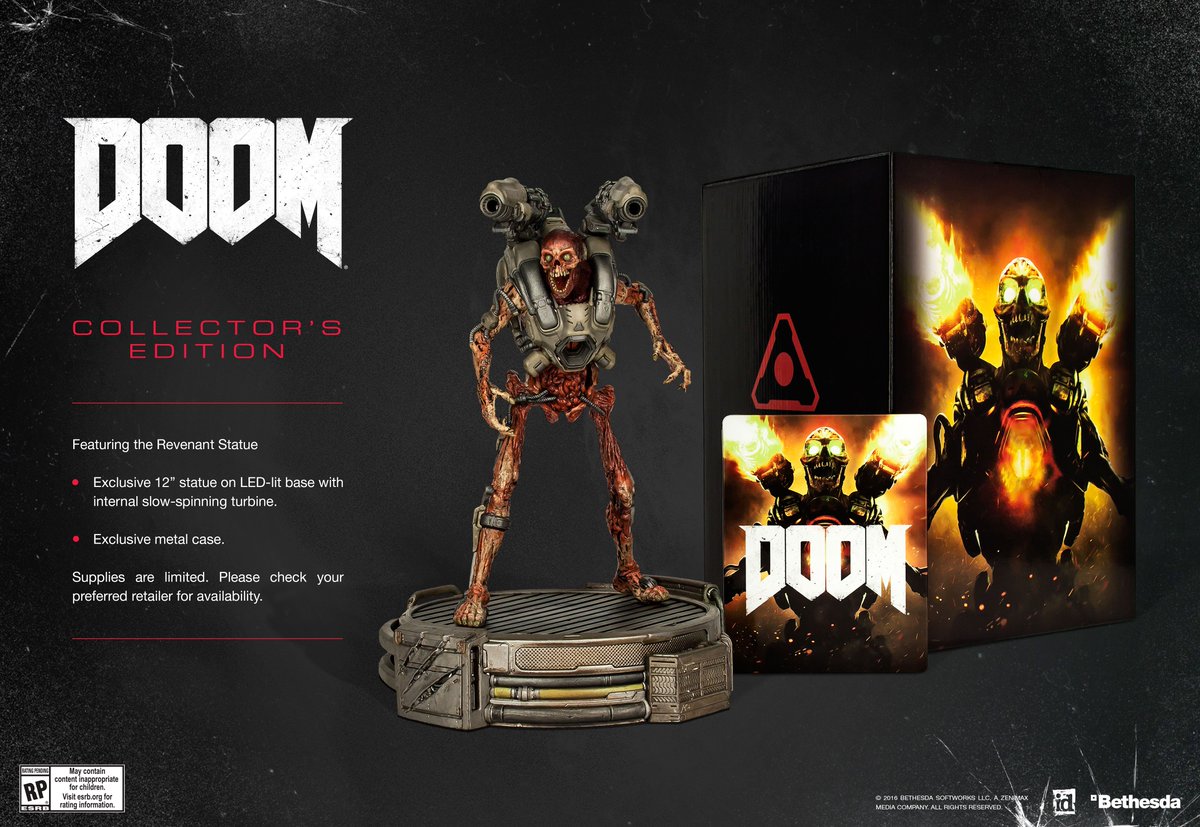