Square Enix have announced a publishing partnership with Milestone S.r.l, a company specializing in the racing genre, to bring titles to North America and Latin America.

The multi-title agreement with the Italian studio starts with the March 15 release of Milestone’s rally simulator Sébastien Loeb Rally EVO, a game that launches players into the life of Sébastien Loeb, one of the most iconic figures in the history of rally.

Per the terms of the agreement, Milestone will manage all aspects of game development, while Square Enix will oversee distribution and marketing in both territories. Additional Milestone racing games are scheduled to release through Square Enix in 2016.

To this point, Milestone have been self-publishing their games, which also include the MotoGP bike racing franchise. 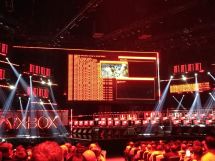 Resident Evil Village getting a limited demo
Fans can try the upcoming horror game for a short time
24 days ago
Multiplayer in free to play games on Xbox no longer requi...
Fans can now enjoy free-to-play games with online multiplayer without paying
18 days ago
Skater XL launches multiplayer beta
Up to ten players can try a free skate session
30 days ago
F1 2021 announced
Racing series returns with new story mode, under new publisher
24 days ago