In collaboration with Ubisoft Montreal, developers Climax Studios have once again crafted a 2.5D platformer. The final chapter in the series, Assassin’s Creed Chronicles: Russia, will be set during the Red October revolution and is due for release on February 9th, 2016.

Online
There is currently 1 member and 153 guests on the website right now. Who's On?
Activity in the past 10 minutes: 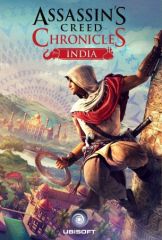