Codemasters have announced that the full version of DiRT Rally has launched on Steam and will be skidding onto PlayStation 4 and Xbox One on April 5th 2016.

Today’s Steam launch brings with it the Winter Wonderland update, which delivers a new rally set in the snow and ice of the Varmland region of Sweden to the game. These snow-filled stages are known for their snow banks and Codemasters offers new soft edge tech that simulates the density of snow. As a result, players can now lean on the snow banks when pushing for those stage records. The Winter Wonderland update is free to all DiRT Rally Early Access players. 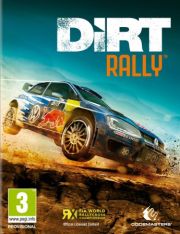