Everyone who pre-orders the game from participating retailers will receive the Last Trick Bag, offering a host of new cosmetic items, and the White Dragon wand - one of the new weapons for one of two new combat styles in Enhanced Edition - which comes with the Ice Wall Skill.

This DLC will also be made available for purchase after the game's release. Additionally to this DLC, and as a special thank-you to those who have supported the Divinity series all these years, platform-specific DLC will be offered to all players, even after launch.

Enhanced Edition promises a console make-over with a new intuitive user-interface and dynamic split-screen for co-op, as well as new content; quests, combat-styles, locations, changes to the crafting system and story situations.

Divinity: Original Sin Enhanced Edition will be released October 27, on PlayStation 4 and Xbox One. 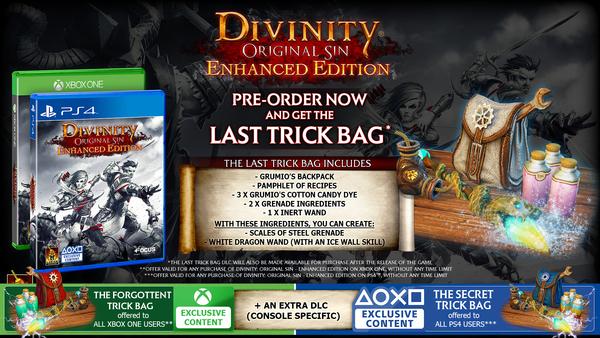 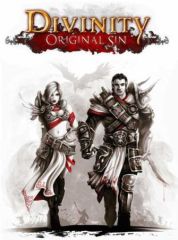 All videos for Divinity: Original Sin (3)