BioWare and EA have announced plans to release Dragon Age: Inquisition Game of the Year Edition on October 6, 2015.

This edition includes all the story and gameplay content ever released: Jaws of Hakkon, The Descent, and Trespasser. You’ll also get all the official add-ons: Spoils of the Avvar, Spoils of the Qunari, and the Deluxe Edition upgrades. These include specialized gear, legendary weapons, diverse mounts, and even unique elements to personalize your home base.

Dragon Age: Inquisition – Game of the Year Edition will be available for PC, PlayStation 4, and Xbox One. 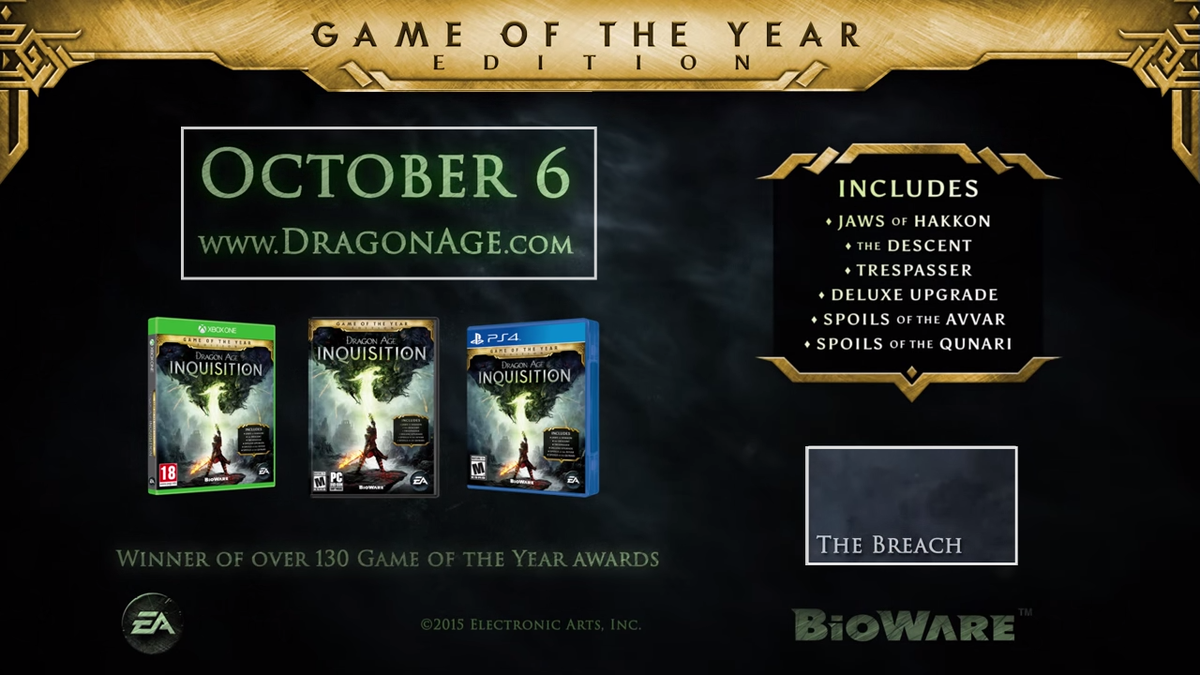 Online
There are currently 0 members and 198 guests on the website right now. Who's On?
Activity in the past 10 minutes: