Square Enix today announced that Deus Ex: Mankind Divided will officially launch globally on February 23, 2016 for the PlayStation 4, Xbox One and Windows PC.

They have also revealed a confusing preorder system, titled “Augment Your Pre-Order” - in which increasing tiers of pre-order bonuses will be unlocked as more copies of the game are reserved. Fans can choose one item in each tier.

A Collector's Edition is also available for pre-order. It contains all the items from the 'Augment Your Pre-Order' campaign. It also includes a 48-page 'Titan' Art Book, a 9" Adam Jensen figurine, a limited edition steelbook and a copy of the game.

Mankind Divided is not the first game to offer a tiered preorder reward system. BioShock: Infinite offered a similar campaign back in 2013 on Steam, giving players a copy of XCOM and BioShock once they hit a certain number of preorders. Although that game did not allow you to choose between items and it did not result in the game being released early. Tales of Zestiria currently has a tiered preorder campaign on Steam, giving pre-purchasers costumes and potentially a free game.

At the time of writing, the official YouTube video for 'Augment Your Pre-Order' has 164 likes and 11,200 dislikes, representing an approval rating of approximately 1.5%. It remains to be seen if Eidos will react to this situation as fans are clearly displeased with the current preorder campaign. 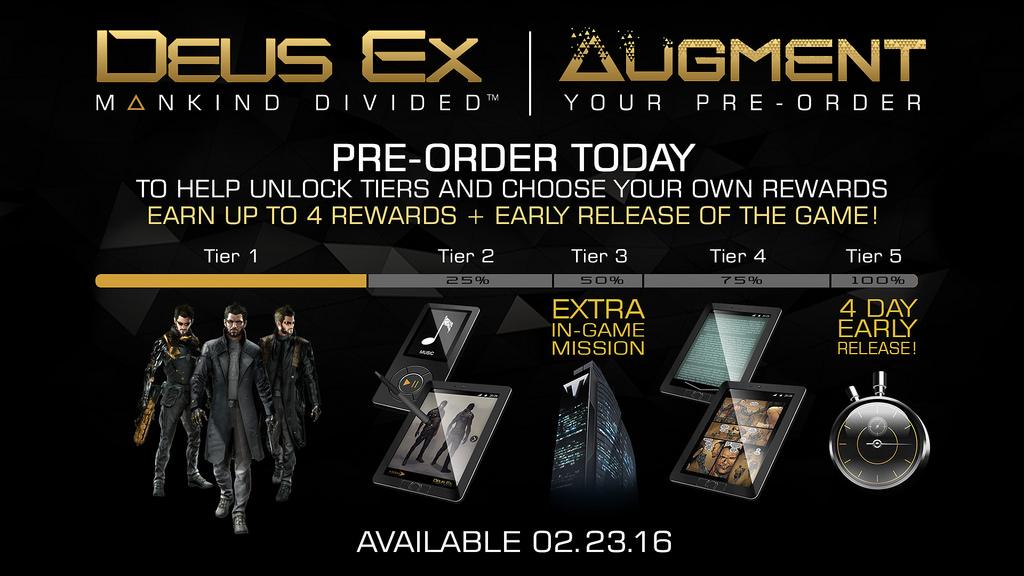 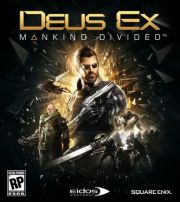