Rocket League has sold more than 1 million copies via Steam since its release last month and it is heading to the SteamOS and Mac platforms later this year. To prepare for the SteamOS launch, Psyonix and Valve are offering Rocket League for free to those who pre-order (or have pre-ordered) any of the Steam Hardware devices (Steam Controller, Steam Link, or Steam Machine).

"User reviews, sales of Rocket League on Steam, and its surging rise among eSports enthusiasts make it clear that the game is an absolute sensation," said DJ Powers at Valve.

For the next 48 hours, Rocket League will be available on Steam at a 10% discount.A free copy will be available to those who pre-ordered the Steam hardware. Customers who already own the game will be given an additional copy that they can give to a friend. 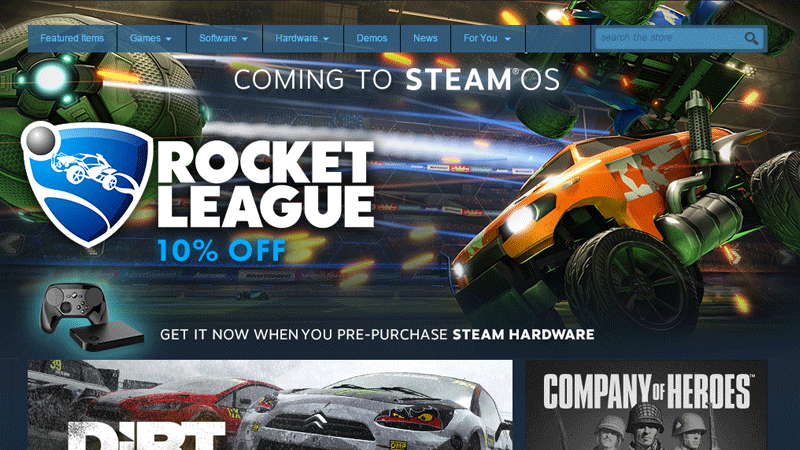