Free Games with Gold for September 2015

Raid tombs and shoot aliens with this month’s free games

The complete list of free Games for Gold for September is now available.

Xbox One will get the Definitive Edition of Tomb Raider, which offers 1080p resolution, most of the DLC content and a few other upgrades over the original release from 2013. Gamers can start playing Tomb Raider on September 16th.

From September 1st, the pixel-art platformer The Deer God will be available for all Xbox One Gold subscribers during the entire month of September.

On Xbox 360, gamers will get to play Crytek’s sci-fi first person shooter, Crysis 3. It will be free starting the 16th of September.

Battlestations: Pacific will allow Xbox 360 gamers to command fleets in Pacific Theater of the Second World War. That game will be available via the Gold program from September 1-15.

Starting this November, all Xbox 360 Games for Gold will be compatible on the Xbox One platform. 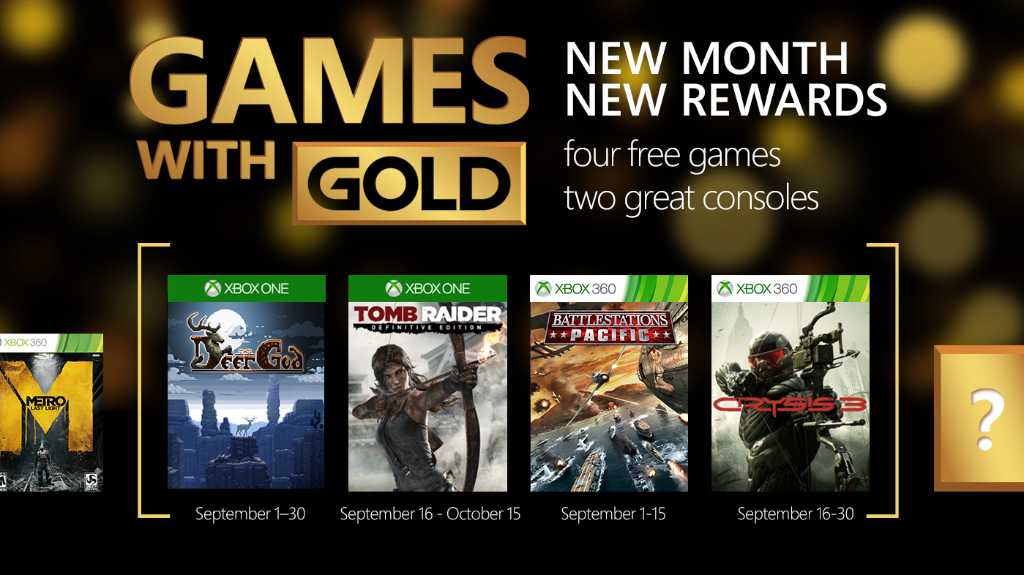 Rocksmith
Online
There are currently 0 members and 145 guests on the website right now. Who's On?
Activity in the past 10 minutes: