New features being added to the franchise for the first time

Activision has announced the introduction of racing and online multiplayer gameplay on console in Skylanders SuperChargers.

Skylanders’ new Racing Mode, playable in Land, Sea and Sky environments, features supercharged racing combat. The mode also features time trials, which include three-lap races as players battle for the best time score on the leaderboard. All Skylanders SuperChargers Starter Packs will come with six dynamic race tracks – two each for Land, Sea and Sky. Whether played in offline split-screen or online multiplayer, gamers can choose the best route to finish a race, trying to avoid attacks along the way as they navigate through dynamic environments. Voice-chat is available with friends.

The game will also introduce Racing Action Packs at launch and beyond. These optional expansion packs, one each for Land, Sea and Sky, unlock more racing content. Each pack comes with three special toys, including a SuperCharger, its signature vehicle and a villain trophy. The villain trophy unlocks two new tracks and new modes, including SuperVillain Cup, Boss Pursuit and Mirror Cup. There are 12 boss villains across all three packs, with four in each pack, which players can defeat and play as.

Skylanders SuperChargers will be available on September 25 in Europe and September 20 in North America on the Xbox One, Xbox 360, PlayStation 4, PlayStation 3 and Nintendo’s Wii U. 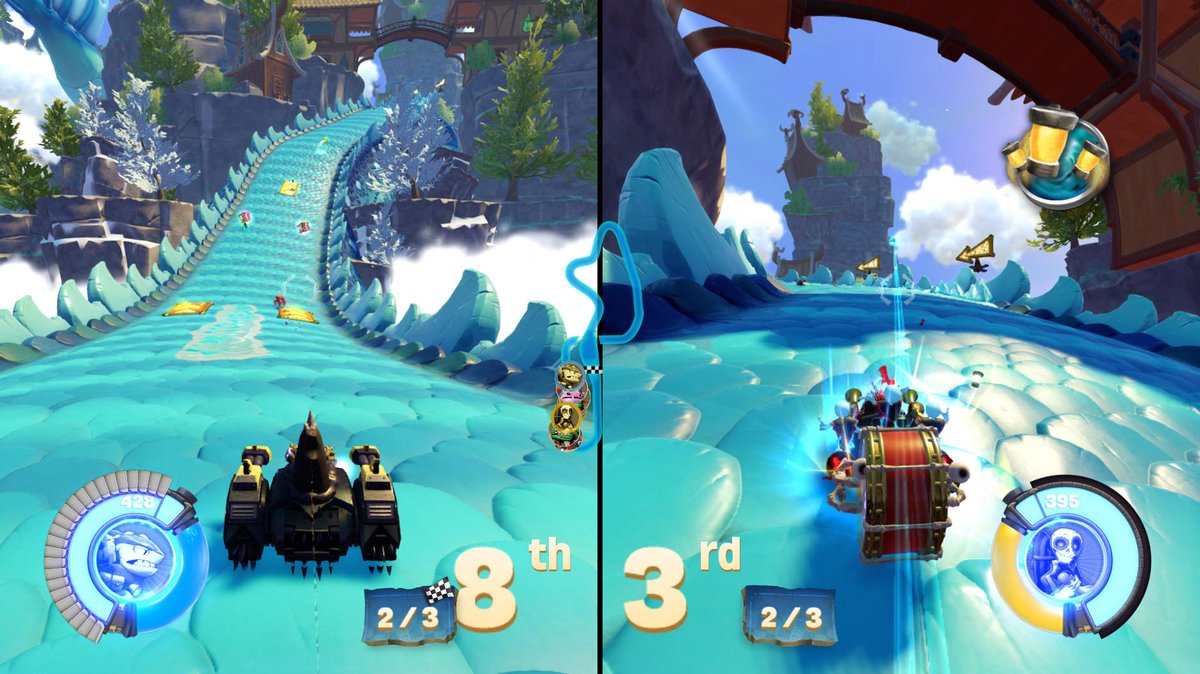 All videos for Skylanders SuperChargers (2)