Players can observe multiplayer matches in progress with Spectator Cam

With Spectator Cam, the game allows for an 11th player to participate in 5 vs. 5 multiplayer games as an observer and watch the match in real time. In addition to the traditional first-person view, Spectator Cam introduces Tactical View, an interactive viewpoint that allows players to automatically follow individual players over the map and observe all players, teams and objectives.

A beta form of Spectator Cam will be available for LAN and custom online games for Windows PC at launch and for consoles in early 2016.

Rainbow Six Siege is set for launch this October on PC, Xbox One, and PS4. 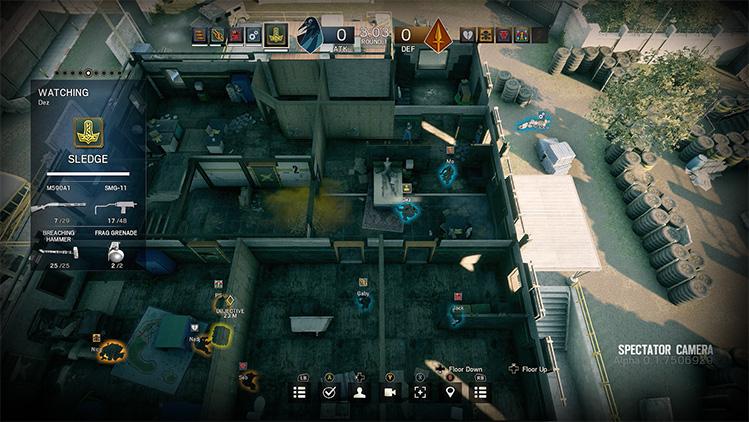 Our Review of Rainbow Six Siege
77%
Good
Reviewed on PC
"Technical issues create some cracks in the armor of this otherwise refreshing and thrilling tactical shooter "
Game Ranking
Rainbow Six Siege (PC) is ranked #668 out of 1815 total reviewed games. It is ranked #44 out of 110 games reviewed in 2015.
667. Super Time Force
Xbox One
668. Rainbow Six Siege

All videos for Rainbow Six Siege (13)