NHL 15 owners will receive 10 HUT packs if they pre-order or purchase NHL 16 through direct digital download on the Microsoft Marketplace or PlayStation Store when the offers are available.

With new gameplay mechanics on offense and defense, players have new tools to not only score goals, but to prevent them as well. Precision Skating makes refined movements possible in any situation and Seamless Puck Pickups allow the ability to quickly control a pass or corral a loose puck. NHL 16 also introduces the all new On-Ice Visual Trainer and smarter Coach Feedback; both tools will teach new players how to learn the fundamentals and give returning players tips on how to build on their NHL skills. 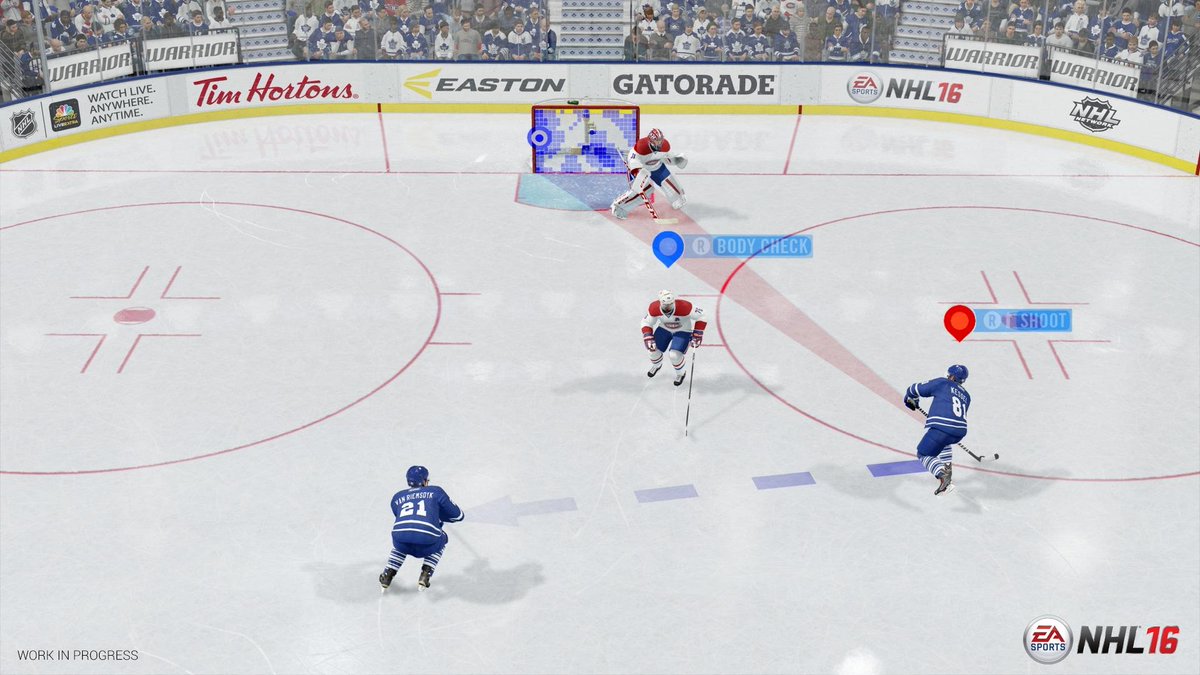