RISE OF THE ARGONAUTS
Platform: PlayStation 3
77
Reviewed on PC
SummaryNewsArticlesVideoScreens

Go back in time to an era where the Gods themselves walked the earth, and where the battles that occurred brought such fame to their heroes that their stories still resound today. With Rise of the Argonauts for the PC, gamers can immerse themselves in one of the grandest tales to be told in the history of modern civilization. 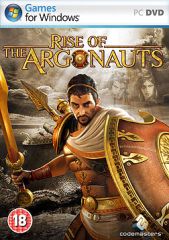