Also known as: Shogun 2
Shogun 2: Total War is the long-awaited follow-up to the original PC game in the Total War turn-based Strategy franchise, Shogun: Total War. In it players assume the leadership of one of several warring provinces in a historically correct rendition of Medieval Japan simultaneously cursed by warfare and blessed with new wealth following the fall of the Ashikaga Shogunate. Using the natural and political resources available, as well as the strengths of their Samurai and peasant units, players eliminate enemies by all means possible as they seek to become the next shogun and extend their power over the whole of Japan. Additional features include: leveling of the player character, hero units and standard units, realistically varied AI responses and both competitive and cooperative online multiplayer support. 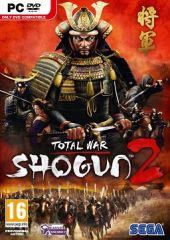