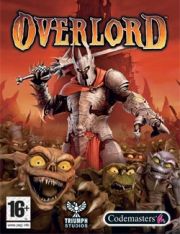 Our Review of Overlord
66%
Adequate
Reviewed on PC
"An interesting game with tons of personality but some poor gameplay design"
Game Ranking
Overlord (PC) is ranked #1358 out of 1856 total reviewed games. It is ranked #13 out of 13 games reviewed in 2007.
1357. Reverie Knights Tactics
PlayStation 4
1358. Overlord