Mass Effect 2 is the sequel to BioWare's hit space-based role-playing game (RPG), Mass Effect. A single player adventure, Mass Effect 2 allows players to continue the adventures of the fully customizable series hero, Commander Shepard, as you take on a whole new adventure and cast of supporting characters. Features new to this latest release in the franchise include the ability to import game save files from the original Mass Effect game to continue the adventure in an unbroken fashion, a new damage system, a more flexible dialogue game mechanic and more. 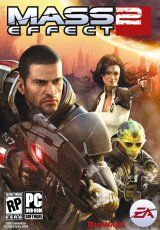