Final Fight: Double Impact is a dual release of two classic arcade side-scrolling beat-em-ups. First up is Final Fight, where players follow the heart-pounding adventures of Cody, Guy, and Haggar – three heroes fighting their way across crime-ridden Metro City in hopes of saving Haggar’s daughter from the evil clutches of Mad Gear. In Magic Sword, users will take on the role of the “The Brave One,” a fierce warrior who bears the daunting responsibility of cleansing evil forces from an ancient tower.

4. Super Smash Bros. for Wii U 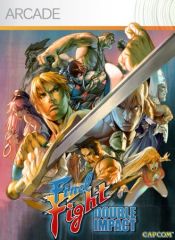