Eve Online is a video game by CCP Games. It is a player-driven persistent-world massively multiplayer online role-playing game set in a science fiction space setting. Players pilot customizable ships through a universe comprising over 7,500 star systems. Most star systems are connected to one or more other star systems by means of stargates. The star systems can contain several phenomena including, but not limited to: moons, planets, stations, wormholes, asteroid belts and complexes.

Players of Eve Online are able to participate in a number of in-game professions and activities, including mining, piracy, manufacturing, trade, exploration and combat (both player versus environment and player versus player). The range of activities available to the player is facilitated by a character advancement system based upon training skills in real time, even while not logged into the game. 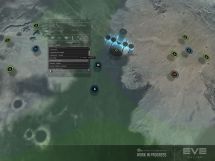 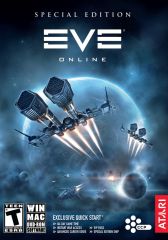